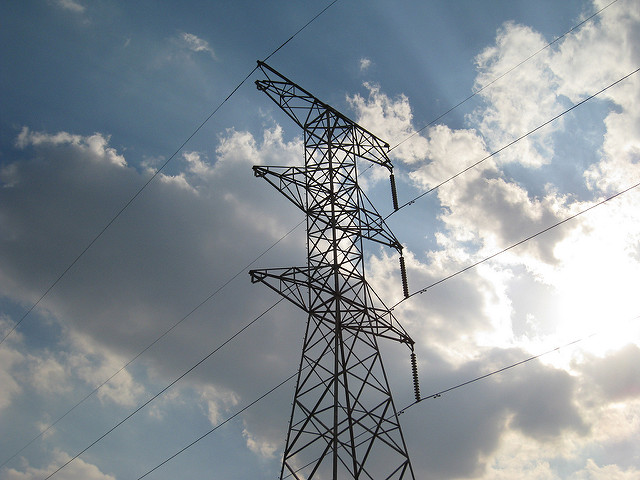 Section 1222, entitled “Third-Party Finance,” of EPAct 2005 is modeled on the successful example of the public-private partnership for the Path 15 Upgrade for transmission development. Here, we look closer at Section 1222 put in practice with Clean Line Energy’s Plains & Eastern Clean Line Project — a 705-mile, 600 kV high-voltage direct current (HVDC) transmission line that would connect renewable resources in the panhandle of Oklahoma to Arkansas and Tennessee.

In June of 2010, DOE issued a Request for Proposals (RFP)

The RFP required that proposed projects meet Section 1222’s prerequisites, as described in part one. DOE and WAPA or SWPA would also consider additional criteria, including whether the project was in the public interest, whether it would facilitate delivery of renewable energy, the impact to each state the project would traverse, and the financial and technical viability of the project.

DOE’s Summary of Findings, as well as its Environmental Impact Statement, describe in detail the processes completed by DOE and SWPA before approving the application. Briefly, these processes included review required by the National Environmental Protection Act (NEPA), including compliance with the Endangered Species Act of 1973, consistency with the National Historical Act, and, of course, legal review to ensure compliance with Section 1222. DOE facilitated public participation through comment periods and hearings.

The bases upon which DOE found the application met the Section 1222 requirements were the following:

First, the project is necessary to accommodate a projected increase in demand for electric transmission capacity—specifically, DOE found that “[m]ultiple sources establish the demand for additional transmission capacity to move wind power out of the Panhandle region of Oklahoma and Texas.” Also supporting this finding is the fact that, during its capacity solicitation for the project, Clean Line received about four times the project’s capacity in transmission service requests. Customers have “expressed bona fide commercial interest in the Project” by entering into precedent agreements for 8,252 MW of capacity.

Third, DOE found that the project is consistent with the efficient and reliable operation of the transmission grid because “Clean Line’s ownership and operation of the Project would be subject” to regulatory oversight by FERC and the North American Electric Reliability Corporation. The project will also be operated in conformance with prudent­ utility practice because Clean Line has committed to using a FERC-approved Open Access Transmission Tariff.

Finally, the project will be operated in conformance with the rules of the appropriate transmission organization and will not duplicate the functions of existing or proposed facilities.

Because Clean Line is unable to obtain full state regulatory approval for its project, the proposed benefits of the project could not be achieved unless DOE interpreted Section 1222 to give it the authority to acquire the required land rights, by the exercise of eminent domain authority if necessary. DOE made such a finding (following the Ninth Circuit’s approval of WAPA’s involvement in the Path 15 Upgrade).

DOE found that “[a]lthough Section 1222(b) does not explicitly refer to the acquisition of real estate, the Department interprets the provision to authorize such activity” because the development of transmission facilities necessarily involves making improvements on land. DOE also found that the “Project constitutes a ‘public use,’” as Congress has predetermined that “the projects that section 1222 will enable are for public use.” Moreover, DOE reasoned, “this Project is of a sort—a public utility—that has regularly been regarded as a public use in the past.”

Further, as to compliance with state siting laws, DOE interpreted the “savings” clause of Section 1222 to not affect its authority to act outside of state law: “the Department, acting through Western and Southwestern, need not obtain a certificate from a public utility commission for a transmission project under section 1222 before taking an action, such as construction, that if done by a private party would require a certificate under state law.”

Pursuant to a participation agreement, Clean Line will be primarily responsible for acquiring all project real estate rights, but DOE will assist with voluntary acquisition and then the use of eminent domain if Clean Line meets increasingly strict technical and financial viability milestones. DOE will maintain title to all real estate it acquires, with Clean Line’s access secured through contract. Because Clean Line does not have regulatory approval in Arkansas, DOE will own all project facilities in Arkansas, but all costs will be borne by Clean Line. Subject to DOE oversight, Clean Line will be responsible for “all Project operations and maintenance activities and regulatory compliance obligations.”

And What About the Money?

Clean Line is responsible for paying all costs of the project, including paying—upfront—all costs DOE incurs for its participation. Neither DOE nor SWPA have expended, nor will they will expend, any public funds for the development of the project. Clean Line is also required to “indemnify and hold harmless” the U.S. government from all liabilities “linked” to the project. In addition, DOE will receive two percent of the gross revenues from the project, to be used for federal hydropower infrastructure.

Clean Line Takes the Next Steps in Development

Clean Line has already received more than four times the project’s capacity in its open solicitation process, and has signed preliminary term sheets for over 8,000 MW of capacity—on a line that does not yet exist. It recently announced that it will plan to begin project construction in 2017. Construction will necessarily be preceded by land acquisition—voluntary acquisition first, and then by use of DOE’s authority to exercise eminent domain if necessary. It is at this stage that the project is most likely to run into legal challenges. If DOE has correctly interpreted its Section 1222 authority, and the Path 15 Upgrade model stands up to legal challenge, we may see the first deliveries of Oklahoma wind energy to Tennessee by 2020.

What Comes Next for DOE Under Section 1222?

Depending on how this project plays out, Section 1222 may prove to be a significant tool for the federal government to facilitate the development of electric transmission in support of renewables. DOE’s willingness to exercise federal eminent domain authority could play a key role in assuring such facilities are constructed. If DOE acts to replicate this process, it may be a game changer for the siting and development of electric transmission.