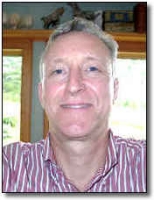 I am a Republican who backs the war in Iraq because a genocidal tyrant was toppled. However, few will secretly disagree that oil explains why the United States intervened in Iraq, but unleashed only rhetoric against genocide in Rwanda. Oil is why we prop up Saudi princes even as they fund thousands of Madrasas — Islamic schools which teach hatred of America and a rising generation of terrorists. Saudi Arabia has the world’s largest proven oil reserves; Iraq is number two; Rwanda has zero.

In 1972, the year before the first Arab oil embargo, oil imports were 28 percent of our consumption. Last year we sent $122 billion overseas to import 62 percent of our oil. The Persian Gulf region now has 65 percent of world’s oil reserves, a number that has increased over the past three decades. Gulf 65 percent, North America 7 percent and declining. Our economy and way of life are utterly dependent upon energy imports from unstable nations whose populations are overtly hostile. The fossil fuels – oil, natural gas and coal – sully far more than our moral clarity. America obtains 86 percent of its energy from these sources. Our abject dependence on fossil fuels harms our economy, exports our jobs, pollutes our air and each year prematurely kills over 100,000 Americans. To preserve this irrational and dangerous addiction, we provide at least $250 billion dollars each year in dollar and non-dollar subsidies for fossil fuels. Direct and tax subsidies. The watchdog group, Taxpayers for Common Sense, tabulates 16 of these special interest paybacks, at a total cost of $5 billion per year. The worst of these is the “synfuel” tax credit, costing taxpayers $1.3 billion each year. Originally intended to replace oil with abundant domestic coal, companies now finagle synfuel credits by spraying diesel fuel or corn starch on ordinary coal to qualify. Forbes quotes energy consultant Forrest Hill cackling, “A dog could walk by and raise his leg over a piece of coal and it would qualify.” Defense subsidy. American taxpayers subsidize the military protection of petroleum production and distribution from the Persian Gulf and Southwest Asia, money we would otherwise not spend if we and our close allies were not dependent upon these politically unstable regions. The National Defense Council Foundation estimates these incremental fossil fuel defense costs at $49 billion annually. The conservative Cato Institute places the cost at $30-$60 billion. Uncompensated environmental and health costs. Economists call these hidden costs externalities. Fossil fuels’ chief environmental and health costs result from atmospheric emissions of carbon dioxide, fine particulates, mercury, and the nitrogen and sulfur oxides. Depending upon pollutant, from 50 to 90 percent of human-caused air pollution results from production and combustion of fossil fuels. The effects include reduced agricultural and forest productivity, acid rain, inedible fish, learning disorders, asthma, premature death, building deterioration, White Mountains haze and global warming. Summing this category of fossil fuel costs is complex and fraught with methodological and values disagreements. But using the most conservative data I can find anywhere, then rounding aggressively downward, environmental and health externalities are at the very least $100 billion annually. Economic disruption cost. Our heavy dependency on oil and gas from hostile and unstable regions results in periodic supply disruptions, price shocks and OPEC oligopoly price-gouging. A U.S. Department of Energy study found that these economic disruptions have cost the American economy an average of at least $125 billion each year over the past 30 years. This is an intolerable annual penalty of 1 percent of our Gross Domestic Product. Fortunately, we have a dramatically better option than fossil fuel dependency. We can accelerate economic growth and improve national security by terminating fossil fuel subsidies and establishing a free market system encouraging clean, domestically-produced, high-technology energy. Energy is a global $3 trillion growth industry, the world’s largest. We have the capital and the inventiveness to lead its transformation. Said no less an authority than Sheikh Zaki Yamani, the Saudi oil minister during the 1970s, “The Stone Age did not end for lack of stone, and the Oil Age will end long before the world runs out of oil.” Solar, wind and geothermal sources are each sufficiently abundant to supply all of current global energy demand. Technological obstacles are yet to be overcome, but thanks largely to American entrepreneurship, wind power is already competitive with natural gas. As governor of Texas, George Bush signed into law a state Renewable Electricity Standard that unleashed a wind power boom in his state. New Hampshire’s own GT Equipment Technologies is the worldwide leader in solar photovoltaic manufacturing equipment – and has an R&D plan to make solar electricity price competitive within 10 years. So why does Washington continue to shower the present dirty energy system with subsidies? Answer: my party, the Republican party, is too deep in bed with the coal, oil and electric utility industries to remember its free market principles. Democratic party hands are also unclean. Ted Kennedy stalled America’s largest offshore wind energy project because he did not want to see distant windmills from his Cape Cod beach house. And except during price spikes, the media and the public fail to connect a new energy policy with job growth and national security. Passing a national Renewable Electricity Standard and the McCain-Lieberman climate bill would make a modest start to making a bigger market for clean, domestic energy sources. Let’s end the oil wars and declare fossil fuels the loser. About the author… Jim Rubens is a former state senator from Hanover, New Hampshire. He makes his living from technology and real estate investing. He is a consultant on energy policy for Washington-based Union of Concerned Scientists. The opinions here are his own.