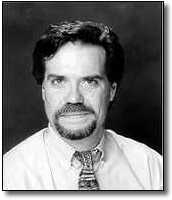 But the most surprising thing about this poll is that more Republicans than Democrats feel that way. Ninety percent of Republicans were in favor in seeking independence from foreign oil compared to 80 percent of Democrats. The same poll also found that a majority of Americans (75.3 percent) also believe that the U.S. should follow established principles of international law and that it is not patriotic to cut federal taxes during record federal budget deficits (57.8 percent). The breakdown between Republicans and Democrats on these two other questions is also revealing. A majority of Republicans (72 percent) also agreed with Democrats (81 percent) that the U.S. should be following principles of international law. The only issue that revealed a deep slit between the two major political parties was the issue of tax cuts, in which 58 percent of Republicans agreed that tax cuts were patriotic compared to only 21 percent of Democrats. Still, it is the issue of energy independence that offers the most surprising glimpse into the mindset of Americans, particularly Republicans. It is not like the issue of a national energy strategy has gone unnoticed in Washington, DC. For years, Congress has been trying to pass a comprehensive bill to make America more secure when it comes to future energy sources, but the bills have been repeatedly bogged down on fights over government handouts. The Bush Administration has offered federal financial support to the oil, natural gas, coal and nuclear industries. This approach has rankled some Democrats, though some support particular subsidies depending upon which state they represent. Many of the workers at utility-owned coal and nuclear plants are unionized. The Democratic leadership is focused more on boosting energy efficiency and harnessing renewable resources. But many of the private firms involved with solar, wind and other newer technologies are not unionized, and therefore some Democrats are opposed to helping out these smaller non-union firms. Interestingly enough, the broadest support among competing technologies is wind power, not so much because of its clean air benefits, but because it is saving family farms throughout the middle section of the country – the so-called red states. Plant a few wind turbines on the property of a rancher or farmer, and the revenues that flow back to the landowner are often enough to allow them to keep their traditional way of life going. A recent Fortune magazine article argues that when it comes to the two chief candidates for president, it is a Democrat — Senator John Kerry — that seems to have the more coherent and informed energy strategy. Kerry has wisely linked energy independence to environmental and economic issues. Bush, on the other hand, is sticking with traditional power sources that pollute, employ less people, and still rely too much on foreign fuel sources. According to Fortune, Bush’s weakest spot is efficiency. The only problem with Kerry’s comprehensive plan is that it is so comprehensive. When it comes to energy independence, Republicans are in a quandary. The President’s support for fossil fuels are at apparent odds with the desires of many members of the GOP that want to move beyond the war politics of the troubled Middle East. Kerry has figured out that shifting to efficiency and renewable energy has never made more sense. About the author… Peter Asmus has covered energy and political reform issues for 20 years. He is author of In Search of Environmental Excellence (Simon & Schuster, 1990), Reinventing Electric Utilities (Island Press, 1997), Reaping The Wind (Island Press, 2001), and most recently, The Patriot Test: Americans Grading George W. Bush and John Kerry (The Patriot Press, 2004). The Knowledge Works survey was sponsored by The Patriot Press. For more information, go to www.patriottest.org.