We hear a lot about the job-building benefits of renewable energy when it draws manufacturers and developers to local communities. Less talked about are those who arrive well before the shovels, steel, factories and jobs. These are the green energy entrepreneurs – the creative thinkers and risk takers responsible for the rise of clean energy ventures over the last decade.

Ron Flavin is positioned at renewable energy’s front gate, so he has a good view of who enters. Flavin, who has worked in the U.S., the U.K., Colombia, Peru, Switzerland and Spain, acts as a consultant and grant writer for renewable energy start-ups, an entrepreneurial enterprise in its own right that has kept him busy in recent years. “They come from everywhere, and not necessarily from energy,” says Flavin, who has attracted $100 million for his clients. He assists not only those you would expect — engineers and inventors — but also some that are surprising: Hollywood studio executives and military experts.

Others entering the industry are veterans of energy, finance, agriculture, telecommunications, high tech, science, transportation, construction, nanotechnology and commerce, all drawn by enormous opportunity, as the largest economies in the world spend an expected $2.3 trillion over the next decade to revamp industrial-age energy apparatus into cutting-edge technology.

Green energy entrepreneurs emerge from throughout North America, Europe and Asia, but they tend to congregate in high-tech regions such as Silicon Valley, an area of California becoming as much about energy as it is the internet. “You can’t throw a softball around here without hitting another solar company,” says Dan Shugar, one of the solar industry’s early pioneers and now chief operating officer of Solaria, a Fremont, Calif.-based company that makes silicon photovoltaic products.

Having tackled “computers, software, and the internet, the new area is renewable energy,” adds Gary Price, partner in Sensiba San Filippo, a California accounting and consulting firm that has helped many Silicon Valley energy startups.

And, like the fabled college-age geniuses who brought us Google, Facebook and Microsoft, energy entrepreneurs sometimes launch straight from the dorm room. Not all introduce new technology; some bring innovations in service or financing.

Aaron Hall, president of California-based Borrego Solar, conceived his company while he was an economics major at Northwestern University. His youthful ambition surprised a lot of people, but not his family, who say that as a pre-schooler he sold pine cones to neighbours, and later set up an elaborate candy selling enterprise at his high school.

As a college student in 2001, Hall decided he was on to something when he started telephoning solar companies as part of a senior project. No one returned his calls. Rather than dropping the project as a failure, Hall had an “Aha!” moment. “I concluded it was because the companies either weren’t sophisticated enough to handle their demand, or they were too busy handling the demand. One way or the other I saw a clear opening for the business,” he says.

So Hall took over a small solar operation started by a family friend. He found, however, that it was difficult to sell solar panels as a young 20-something. Customers were sceptical. “They said, ‘You are in your 20s and you’re trying to sell me a $40,000 system?'” Hall overcame this hurdle with a business model that emphasised economy and superior service. He offered solar installations at no up-front cost and charged customers based on system performance, long before this became a common approach. In the early years he kept his overheads low, living and working out of his parents’ home, accepting family loans, taking advantage of credit card float, and building trusted relationships with vendors who then extended favourable terms to his company.

A decade later, Borrego Solar receives financing from US Bank and East West Bank, and employs 80-90 people. The company expects to earn revenues of $125 million this year and to double its business in 2012. Inc. magazine has recognised Borrego’s success, placing Hall at the top of its “30 under 30″entrepreneurs and naming him as one of four CEOs to watch. The magazine also placed Borrego on its list of America’s fastest growing companies for four years running.

Jigar Shah, founder of SunEdison and now CEO of the Carbon War Room, is another energy entrepreneur whose idea was born on a college campus. The financial concept behind Sun Edison — based on the solar power purchase agreement (PPA) — emerged from a business plan he wrote while earning his MBA from the University of Maryland. Shah started the Washington, D.C.-area company in 2003 and sold it in 2009 to MEMC for about $400 million.

While SunEdison’s rise may seem mercurial, the company’s path was not straight up, according to Shah. During the lean times, Shah took advantage of the then-housing bubble and drew equity from his home. 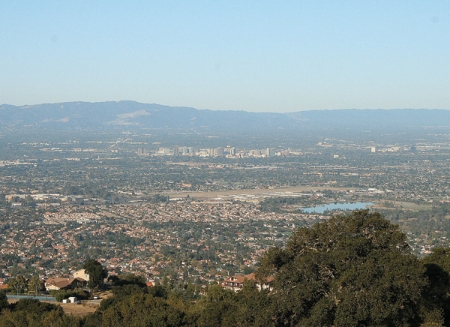 California‘s Silicon Valley is becoming as much about energy as about the internet (Source: Wikimedia)

SunEdison did have early success, almost immediately attracting high visibility customers like natural and organic grocery chain Whole Foods and office supplies giant Staples with its new power agreement concept. But Shah discovered that was the easy part. The tough part was winning large financial backers that could position the company for long term growth. It became apparent to Shah that ‘if we did not have a systematic way to do this, a way that could be replicated over and over, we are not in business.’ So he virtually shut down the operation for 18 months as he worked through a deal with Goldman Sachs that would take SunEdison to the next level. By then he was so short of cash that he had to find an angel investor to pay the legal bills to close the Goldman deal. But Shah’s strategy – to go for the big win – worked.

“If you are spending an extraordinary amount of time just trying to make it in the world, you will absolutely fail. The key to SunEdison’s success is that we positioned the company for long term success,’ Shah says. He adds: ‘You cannot make gigatonne-scale change unless you have the driver of the business right.”

Aurora Algae, which has operations in West Perth, Australia and Hayward, California, also sprang from a college campus: the University of California, Berkeley. In 2006 founders Matt Caspari and Guido Radaelli were pursuing their MBAs at UCB, and the third founder, Bert Vick, was working on a PhD in biochemistry.

“I entered the MBA programme to focus on entrepreneurship and with the goal of starting a company. In particular, I was interested in the alternative energy sector, which I saw as a major growth opportunity,” says Caspari, now Aurora Algae’s managing director. “We entered the Berkeley Business Plan Competition and won first place and the People’s Choice Award for the business plan for Aurora.”

The partners received $30,000 from the business plan competition and another $25,000 from the Intel Technology Challenge. “We soon raised another $100,000 from friends and family. From there we raised venture capital,” he says. By March 2010, the company had raised some $40 million in a series of financing rounds.

Aurora is working on producing high-performance biodiesel from algae, as well as other high-concentration products including Omega-3 fatty acids and protein-rich biomass. The company has secured over 1500 acres (607 ha) near its recently opened demonstration facility in Karratha, Australia, to build a commercial scale photosynthetic algae facility.

“The business climate in Australia is very strong relative to other developed areas of the world. This business climate coupled with the country’s reliance on CO2-intensive industries like mining and oil and gas that are looking to reduce their CO2 footprint makes Australia a very interesting market for renewable energy entrepreneurs,” Caspari says.

While money is always a motivator, entrepreneurs often confess that it’s not what really gets them out of bed in the morning — and for experienced entrepreneurs entering their second or third or fourth venture, renewable energy offers a special sense of purpose. Solaria’s Shugar, himself a veteran solar entrepreneur, says today’s migration of creative thinkers from IT to energy stems from renewable energy’s transformative promise. “A lot of these guys have made their money. Do they want to create another chip for some consumer product that somebody throws away in two years or help create the next revolution in power? That is what is getting us out of bed in the morning, these big, hairy, audacious goals.”

Shugar’s goals were big from the start. His inspiration? California’s Altamont Pass, one of the first wind farms built in the US. “It was a windy day and the turbines were rocking as far as the eyes can see. It was about 500 MW. I said, ‘Wow, I want to do something like this, at this scale, with PV.'” In 1996 Shugar and partner Tom Dinwoodie started PowerLight, which specialised in grid-connected solar. A decade later, after installing 100 MW, the company was purchased by SunPower for $332.5 million. Shugar stayed on as president for nine quarters and saw the company achieve the 500 MW goal. “So the original naïve ‘Wow, I want to do something like this in solar’ — we got that done,” he says.

Don Evans is another veteran of clean energy ventures, moving from LED technology into offshore wind and now genetically modified seeds and algae for aviation fuel feedstocks. Evans is chairman and CEO of Avjet Biotech, the parent company of North Carolina-based Red Wolf. Both companies are working together to commercialise a biofuel refining system conceived at North Carolina State University. The system produces 38-57 million litres per year, small compared with the 757 million litres produced per year by a typical petroleum refinery. Its advantage? It requires little space, about two acres (0.8 ha), versus hundreds of acres for a typical refinery. And the bio-refinery can be set up where the feedstock is produced, reducing transportation costs, Evans says. 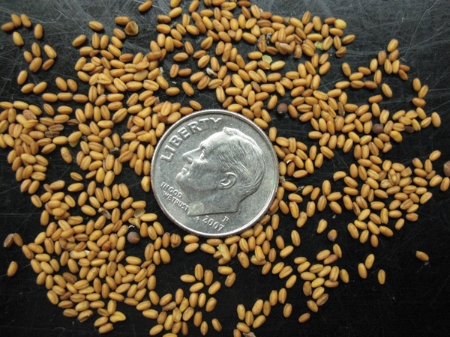 Like Shugar, Evans sees a big picture value in his work. “The world has come to depend upon petroleum and coal as energy resources. They are not clean and they are certainly not inexhaustible,” he says, adding that 70 percent of the fuel used by the U.S. military “is from people who do not like us.”

Paul Wickberg is president and CEO of SOL, a Florida-based company that manufactures solar-powered outdoor LED lights. Before joining SOL this year, Wickberg built enterprises and various product lines for energy management and control technologies and water conservation. He sums up what it’s like to be a green energy entrepreneur when he talks to his kids about choosing a career. “I tell them: keep in the back of your mind you are going to have to explain to somebody someday what your career is about. Everything I’ve ever done is tied to sustainability. It provides me with satisfaction to know that all of those hours resulted in good for my employees, investors and the world in general.”

Or, as Shugar puts it, “It is great to build a company because you want to make a lot of money. That is fine on its own level. But it is so much more powerful when you want to accomplish something compelling. The industry that is responsible for the largest environmental degradation is power. We would like to solve that problem.”