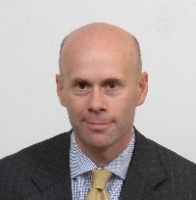 While some may look at the explosive growth of energy use in China and fear its eventual impact on the global climate, energy efficiency advocates and entrepreneurs look at that same growth and see opportunity. China, known in some circles as “the Saudi Arabia of wasted energy,” could provide a few tips on energy efficiency and it’s turning out that for the Chinese at least, wasted energy is fast becoming an energy source.

The notorious abundance of wasted energy stems from the nation’s rapid-fire growth. Over the past three decades China’s gross domestic product (GDP) grew an average of 9.8% annually. As a result, China is experiencing a double-digit increase in energy demand, and the country is poised to overtake the United States soon as the world’s largest energy consumer.

To feed this explosive demand, China has been building energy facilities at a rate of about 90 gigawatts (GW) per year, nearly as much power as Germany has installed in total. Unless action is taken to decrease consumption, it is estimated that within little over a decade China will need to add 22 more generation plants the size of the Yangtze River’s Three Gorges Dam — currently the world’s largest hydroelectric power station. But most of this generation will not come from renewable energy or clean technology. On the contrary, the China/US Energy Efficiency Alliance expects China to build as much as 150 GW in new coal-fired capacity in the next five years.

Given this frenzied rate of development, power plants and energy intensive industrial facilities often sacrifice efficiency and environmental standards for economy and expediency. The Beijing Olympics introduced much of the world to China’s infamous pollution, which renders many Chinese cities in a perpetual haze. And of course we all know that China’s pollution problem is everyone’s pollution problem, since climate change and pollution know no political borders. To be fair, electrical generation plants and industrial facilities throughout the world (including the U.S.) are relatively inefficient and are candidates for significant improvement. But the sheer magnitude of China’s energy footprint and growth make it stand out.

To understand the enormity of this expansion, consider just this. China went from having 3,000 to 7,000 cement plants in just five years. And making cement means making pollution. As New York Times writer Elisabeth Rosenthal put it in her October, 2007 article Cement Industry Is at Center of Climate Change Debate: “cement is a crucial component in buildings and roads — which is why some 80 percent of it is made and used in emerging economies. Cement plants account for 5 percent of global emissions of carbon dioxide, the main cause of global warming.” Her article further states, “China alone makes and uses 45 percent of worldwide output.”

Energy Efficiency in the Industrial Sector

The cement industry is just one part of China’s burgeoning industrial sector, which consumes 70% of the nation’s electrical capacity. If the country is to make better and cleaner use of energy, it must find efficiencies within industry. China’s government recognizes this need and has set a goal to no more than double energy use by 2020, even as it quadruples economic activity. Such an aggressive target will require dramatic innovation and investment in energy efficiency.

So, it is not surprising that out of China’s abundant waste has come the growth of a highly efficient energy source that could benefit other industrialized nations. China is leading the way in what is known as “energy recovery,” a process that captures and reuses significant amounts of excess heat that manufacturing facilities and industrial plants release into the atmosphere. A form of combined heat and power, energy recovery systems convert what would otherwise be wasted energy into usable electricity and industrial steam that can be fed back into the industrial process and can reduce energy costs by as much as two-thirds. Further, reusing recovered energy dramatically reduces greenhouse gas emissions and other harmful pollutants that would otherwise be released into the environment — and such emission reductions can produce valuable and tradable environmental credits. (View attached document at the end of this article for a diagram on how much waste heat can be recovered through the energy recovery process.)

The payback is quick on energy recovery systems, often in as little as a couple of years, and they are becoming highly sought-after by industry in China and throughout the region. One company, China Energy Recovery, which has been in business for 15 years, finds itself in the right place at the right time. The Shanghai-based firm has installed over 100 energy recovery systems and has a backlog of US $40 million in signed purchase orders. (By way of disclosure, I serve on the company’s Board of Directors.)

China Energy Recovery has found interest in its technology from a wide-range of domestic industries: chemical, petro-chemicals, refining, coke processing, paper manufacturing and cement production. Outside of China’s borders the company has deployed projects in Egypt, New Zealand, Korea, Vietnam, Turkey and Malaysia and is currently installing the world’s largest straw pulp alkali recovery system for the Shandong Tralin Group, one of China’s largest paper manufacturers.

The company intends to extend its marketing campaign beyond Asia into other parts of the world. What could the implications be for the United States? According to the U.S. Department of Energy, energy recovery systems installed in U.S. industrial facilities could produce up to 20% of U.S. electricity needs — up from the mere 8.6% today — without burning any additional fossil fuel and in many cases could help “dirty industries” meet stringent new environmental regulations.

With today’s global recession, energy demand is already slowing in China, the United States and the rest of the world. But the fundamentals suggest that for energy the slowdown will be short-lived. In the United States, for example, we still face the likelihood of significant carbon prices in the not-too-distant future and rising marginal energy costs. Given these drivers, energy efficiency technologies will remain in demand despite a slowing economy. We will be in search of inexpensive clean electricity; and energy efficiency has proven to be one of the cheapest and cleanest resources. Several states already mandate that energy efficiency be the first choice in utility portfolio selection.

As many leading energy thinkers have suggested, it would be wise for us to use this pause in economic growth to regroup and rethink our energy strategy. We will see that eliminating inefficiency may be our richest energy resource. China seems to be figuring that out.

Roger Ballentine is the President of Green Strategies Inc., a consulting company that assists clients in the energy and environmental arena with domestic and international public policy matters, investment guidance in the “clean tech” marketplace, marketing and business development strategies, a position that he has held since February, 2001. Mr. Ballentine is also a Venture Partner with Arborview Capital LLC, a private equity firm focused on the clean technology market place, a position he has held since May, 2008.