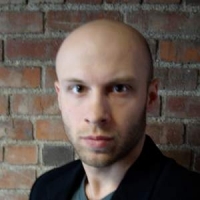 According to the Energy Information Administration, the U.S. imports about 60% of its oil, with more than two-thirds of it used for transportation. Oil is essential to the basic functioning of the global economy, from the production of goods in factories overseas and across the country to their delivery to local markets. Without oil our military would not be able to defend the country from external threats. In short, we are critically dependent on this non-renewable resource.

The vital importance of oil and the corresponding impulse to control or safeguard its supply and price has led to repeated Western interventions in the Middle East and other parts of the world, sparking militant nationalist and revolutionary movements and causing deep and lasting resentments.  In the case of the Middle East, outside intervention against secular nationalist movements has led to the rise of Islamist terrorism as an alternative solution for a relatively small but very determined minority.

Though limited military action may be necessary in the short term to respond to this threat, America’s long-term security ultimately requires intelligent public policy in support of a vibrant domestic market for renewable energy.  Our dependence on foreign sources of energy has made America vulnerable to militant religious fundamentalists spawned by repressive regimes — elites whom our government has in some cases covertly placed in power and whom it is pressured to continue to support, either due to lack of friendly, viable alternatives or fear of the unpredictable outcomes of successful popular movements.

To minimize such vulnerabilities and the moral and security dilemmas they create, we must put an end to the mad pursuit of fossil fuels across these war-torn and politically volatile parts of the world.

As a matter of civic responsibility and obligation to the men and women who keep us secure, the American people should press their elected representatives to accelerate the transition to a clean energy economy.  The longer our elected officials remain beholden to powerful private interests, the more our families and communities will suffer.  Supporting our troops means not only taking care of them when they get home but also working to minimize the likelihood of them being sent into harm’s way in the first place.

This effort will not be without formidable political obstacles.  Supposed conservative media figures have in recent months frequently insinuated that subsidies to the renewable energy industry are socialistic — a damning term among true conservatives — while conspicuously neglecting to point out that the much more well-established fossil fuel industry received over $72 billion in federal subsidies from 2002-2008.

Federal subsidies to the wind and solar industries amounted to about one-sixth of this figure in the same time period based on the Environmental Law Institute’s figures.

Since America was founded, our government has always provided limited support for innovation in emerging markets that further the national interest.  Clean energy should be no exception.

Alexander Hamilton, Founding Father and first Secretary of the Treasury, was a strong advocate for government support of industrialization as a matter of national security.  The case for government support to the renewable energy industry is no less urgent but will require sustained public pressure from across the political spectrum against entrenched private interests conflicting with the national interest.

T.J. Buonomo is a former Military Intelligence Officer.  He holds a B.S. in Political Science and Middle East Studies from the U.S. Air Force Academy and has spent the past 5 years researching the nexus between multinational corporations, markets, U.S. covert operations and political instability in developing countries, with a primary emphasis on the Middle East and Latin America.