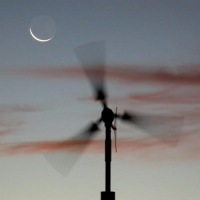 Washington, D.C. [RenewableEnergyAccess.com] After a hard-fought battle on the political playing field, the renewable energy industries have suffered a difficult defeat. The Senate voted yesterday evening on an Energy Bill that left out the investment and production tax credits and a renewable portfolio standard (RPS), avoiding a Presidential veto but dramatically reducing the role of renewables in Congress’ energy plan.

The Bill passed by a vote of 85-12. It now goes back to the House for approval and then to the President to be signed into law. The White House issued a statement yesterday saying that it would accept the Bill.

“The failure to pass critical policy provisions to reduce energy costs for business owners and homeowners, protect our energy infrastructure against acts of nature and terrorism, and fundamentally reduce emissions causing respitory diseases and global climate change was an abdication of duty to the American people by a minority of legislators from both parties and The Administration,” said Scott Sklar, President of the Stella Group, a renewable energy marketing and policy analysis firm.

The new piece of legislation includes a 40% increase in fuel economy standards, a 36 billion gallon renewable fuel mandate and increased energy efficiency standards for new federal buildings. The Bill did not, however, include extensions of the tax incentives that provide a stable, predictable investment climate for distributed generators and large-scale project developers.

The House had originally passed a Bill that included the tax provisions and a RPS, but the Senate rejected the legislation. After the vote, some Democratic Senators said they would revisit both the RPS and tax provisions in the next session of Congress.

While the omission of those provisions is considered a setback by the industry, Congressional leaders are hailing the passage of the Bill as a bipartisan success. Trade groups in Washington such as the American Wind Energy Association and the Solar Energy Industries Association have promised they will continue to lobby Congress for tax credit extensions before they expire in December of 2008.

Industry representatives reacted to the vote with much dismay.

“Today’s vote is out of step with Americans across the political spectrum who overwhelmingly support clean, home-grown renewable energy,” said Gregory Wetstone, Senior Director of Governmental and Public Affairs at the American Wind Energy Association in a statement issued this morning. “We will continue to work with Congressional leaders on these vital issues, and are confident that we will secure enactment of the tax incentives and other policies that Americans need and want to put our nation on the path to a clean and secure energy future.”

The Bill is expected to come up again in the Senate later today without the tax title. Even though the tax incentives were partially stripped down to include only short-term extensions of the PTC, it appears that Senators voted along party lines because of pressure from Republican leaders and the White House, according to the Solar Energy Industries Association (SEIA). SEIA said that the major industry trade groups will still try to pursue tax credit extensions “with increased intensity.”

“In years to come, historians writing about this era will find fertile ground in the fact that as the UNFCCC Global Warming conference in Bali wound down with an almost universal commitment to fighting climate change, the U.S. voted, yet again, to fight the rest of the world instead,” said Chris Stimpson, Executive Campaigner for Solar Nation.