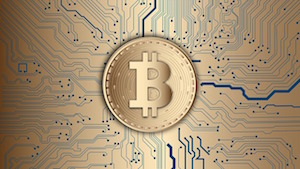 Enel SpA, Europe’s largest utility, is in talks to sell power from wind, solar and other renewable energy plants to the Swiss cryptocurrency company Envion AG, according to people with direct knowledge of the matter.

The discussions are part of a broader effort by Enel to evaluate the market for selling electricity to miners of bitcoin and other digital currencies, who require large amounts of energy to perform calculations needed to confirm transactions, said the people, who asked not to be identified because the talks are private. Enel and Envion declined to comment on the discussions.

Electricity demand for mining bitcoin rose to about 20.5 TWh/year by the end of 2017, according to a report by Bloomberg New Energy Finance. The global industry’s power use already rivals that of 3 million U.S. homes, according to the Digiconomist Bitcoin Energy Consumption Index. As more bitcoins are created, the need for electricity increases.

That’s prompted power generators around the globe, including Enel, to explore whether cryptocurrency miners could become key customers to buy excess capacity from wind, solar and hydro-electric generating plants.

“Enel is particularly interested in understanding how the energy business can benefit from the blockchain technology,” Leonardo Zannella, head of the utility’s global front trading office, said in an interview. “Cryptocurrency miners who can move their facilities to places where electricity is cheap might have advantages.”

Envion has raised $100 million though a month-long crowdfunding campaign to build a network of portable digital currency mining units designed to plug directly into wind farms, solar farms and other clean-energy installations. Envion says the technology will allow it to move operations to wherever energy is cheapest.

Envion is evaluating locations to start installing its systems and is in talks with power generators around the world, Laurent Martin, the company’s director of investor relations, said in an interview.

“Envion’s business is not only attractive to our many investors, but also to utilities around the world,” Envion Chief Executive Officer Matthias Woestmann said in a statement.