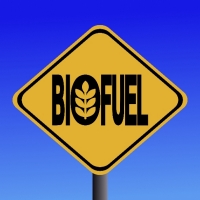 New Hampshire, USA — The biofuels industry has faced many setbacks and opponents in the past year, but several developments this week have allowed the industry to stand a bit taller.

In Washington, the U.S. Senate voted in favor of biofuels in two amendments this week.

In a 62-37 vote the Senate voted in favor of an amendment to repeal section 313 in the Defense appropriations bill. This section would have prohibited the Department of Defense from purchasing or investing in fuels that were more expensive than traditional fossil fuels. It would have also exempted previous restrictions on heavy-polluting liquid fuels derived from coal and natural gas.

In response to this bill, a coalition of 13 aviation groups protested its progress in Congress, stating that it would severely damage the advancement of the biofuels industry and hinder American energy independence, a major military initiative, as the U.S. Navy alone has pledged to use 50 percent non-fossil fuel sources for its liquid fuel requirements by 2020.  Representatives from the Navy had also heavily protested the bill, stating that it would hinder their effort to promote national security.

Though the amendment, led by Senator Mark Udall (D-CO), was passed, it failed to address an amendment that bans the Department of Defense from using funds for public-private partnership without legislation to authorize the expense, according to Eric Lindeman of Jane’s Defense Weekly.

In a separate case, the U.S. Senate voted 54-41 to repeal section 2823 of the annual Defense appropriations bill, which called to prohibit Department of Defense officials from establishing contracts to plan, design, refurbish, or construct any type of biofuels facility unless authorized by law. Essentially, this would have significantly blocked the DOD from any testing and development of biofuels.

A report commission by Environmental Entreuprenuers (E2) was released weeks before the vote, and stated that the bill would derail national security while blowing away the opportunity for the biofuels industry to create more that 14,000 jobs by 2020 and $10 billion in economic activity. Vice Admiral Dennic McGinn (ret.), president of the American Council on Renewable Energy (ACORE) expressed his frustration with the restriction and the immediate need for a sustainable biofuels industry. “Energy, especially when talking about the Department of Defense’s use of energy, should not be a partisan issue — it is an American national security issue, and we really need to treat it as such,” said McGinn.

President of the Advanced Biofuels Association Mike McAdams agreed with McGinn, and emphasized his happiness with the fact that the votes clearly show bi-partisan government support for the advancement of biofuels.

“Today’s vote was loud and clear,” said McAdams in a statement. “The Senate once again backed our nation’s military which considers advanced biofuels as an essential tool for our national security and energy independence,” said McAdams.

“It’s heartening to see such a bipartisan, overwhelming vote on the floor of the US Senate.”

Just one day after the Senate finished voting in favor of biofuels, DuPont, a U.S. chemical maker, broke ground on its $200 million facility in Nevada, Iowa. This news further compounded the enthusiasm of industry supporters after recent setbacks in the cellulosic industry, including the cancellation of plants from BP and Coskata. The DuPont plant will process 375,000 tons of corn stalks per year to produce 30 million gallons of cellulosic biofuels upon completion in 2014.

James Collins, president of DuPont’s industrial biosciences division, told Bloomberg News that the company is confident that its facilities will be necessary due to the EPA recently upholding the Renewable Fuel Standard (RFS).  The EPA has called for oil companies to blend 36 billion gallons of biofuels into their products per year by 2022, and 16 billion gallons of that are to be from cellulosic biofuels like crop waste, woody biomass, and household waste.

“Our estimates are that we could need 100 of these facilities over the next 15 to 20 years. We expect DuPont technology to play a substantial role,” Collins said to Bloomberg News. “We’re about ready to take that next big step in the next wave of growth. Within five years we’ll have the capacity to meet the mandate.”