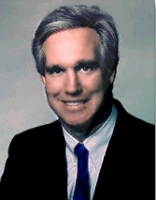 Political, economic and scientific studies have generated mixed data on the best source of electricity today. Members of Congress, Wall Street and academia have conflicting views on the “right source”. We all depend on electricity at work, at home and everywhere in between. We flick the switch without much thought…until nothing happens. At that moment, how much would you pay for one minute of light?…a few pennies, a dollar? The cost today is around 0.01 cent.