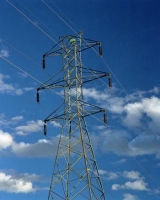 A 29-page report, Impacts of a 15-Percent Renewable Portfolio Standard, has been released by the Energy Information Administration (EIA). It analyzes the impact that requiring 15 percent of U.S. electricity sales derived from qualifying renewable energy resources would have on the U.S.

Because of EIA’s statutory independence with respect to the content of its energy information program, the analysis presented is strictly its own and should not be construed as representing the views of the U.S. Department of Energy or the Administration. EIA does not propose, advocate, or speculate on future legislative and regulatory changes.

This report responds to a request from Senator Jeff Bingaman asking EIA to analyze a renewable portfolio standard (RPS) requiring that 15 percent of U.S. electricity sales be derived from qualifying renewable energy resources.

The RPS would allow affected electricity providers to generate their own renewable energy or trade renewable energy credits to assure compliance. Compliance could also be achieved by purchasing credits from the government at an inflation- adjusted rate of 1.9 cents per kilowatt-hour credit. Generation from distributed generators, represented by end-use photovoltaic installations in this analysis, would earn three credits for every kilowatt-hour of generation. The RPS requirement runs through 2030 and then sunsets.

• After adjusting for the small electricity provider exemption and the removal of generation from existing hydroelectric and municipal solid waste facilities from the sales base, the target for qualifying renewable generation is equivalent to approximately 12 percent of total electricity sales in 2030.

• Between 2020 and 2030, the projected market value of renewable energy credits is 1.9 cents per kilowatt-hour, the price at which they can be purchased from the Federal government.

• The RPS leads to a large increase in biomass generation, which grows to almost 320 billion kilowatt-hours in 2030, triple the level in the reference case. Wind and photovoltaics also show significant increases in generation.

• By 2030, solar installations produce about 8 percent of qualifying renewable generation, but account for approximately 20 percent of the total credits held because of the triple credits awarded to distributed photovoltaics.

• The increased use of renewable sources in the RPS case leads to lower coal generation. Nuclear and natural gas generation are also lowered to a lesser degree.

• Relative to the reference case, retail electricity prices rise by an average of 0.9 percent over the 2005 to 2030 period in the RPS case. Reduced demand for coal and natural gas in the RPS case results in slightly lower prices for these fuels by 2030 when compared to reference case projections.

• Projected impacts of an RPS on expenditures for electricity and natural gas in end-use sectors are sensitive to assumptions made regarding the projected generation fuel mix in the reference case. Generally, an RPS proposal has more favorable effects on end-use sector expenditures for electricity and natural gas (i.e. smaller expenditure increases or larger expenditure decreases) as the role of natural gas in the baseline generation mix increases, since a higher natural gas generation baseline results in more displacement of natural gas by an RPS. The AEO2007 reference case, the baseline for the current analysis, projects considerable additions of new coal-fired generating capacity between 2015 and 2030. To the extent that natural gas plays a larger role in the future generation mix, the RPS proposal considered in this analysis would have more favorable impacts.

The EIA’s Office of Integrated Analysis and Forecasting prepared this report.