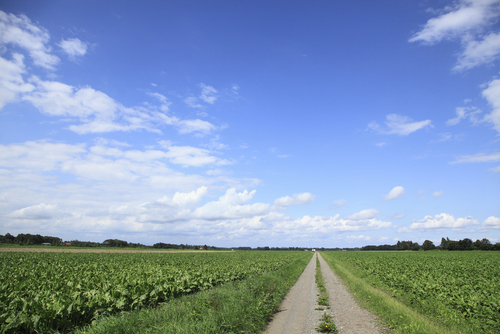 An economic impact study published by POET, one of the largest producers of ethanol in the world, is driving home the point about the crucial role the biofuel industry plays in the health of the economy, the environment, and the ability of the U.S. to free itself of its dependence on foreign oil.

The report shows that POET produced 1.7 billion gallons of ethanol in 2014, generating $13.5 billion in sales for U.S. businesses and adding $5.4 billion to the GDP. The company operates 27 dry mill corn ethanol plants throughout seven states, producing 11 percent of the total national ethanol output and supporting some 40,000 full time jobs. The combined generated income of these jobs is in excess of $3 billion.

Mark Borer, general manager of POET Biorefining in Ohio, said, “It’s not going to come as any surprise to anyone in these areas that there are significant economic benefits to having POET plants nearby.” Borer added that in 2014, POET ethanol production generated $465 million in taxes for state and local governments, and nearly $1.5 billion in federal taxes.

In addition to showing how POET has affected economic prosperity in the areas where its plants operate, the report offers hard numbers that quantify the company’s influence in the reduction of both greenhouse gas emissions and foreign oil dependence. Citing a 35 percent reduction in CO2 emissions for every gallon of ethanol burned compared to gasoline, the report calculates POET was responsible for the reduction of 874,000 metric tons of carbon emissions in 2014. The 1.7 billion gallons of ethanol produced that year also resulted in the displacement of 61 billion barrels of crude oil, which may have otherwise been imported from foreign sources.

The report, which focuses principally on the contributions the South Dakota-headquartered company made in 2014, provides a sliver of insight into the powerful impact of the biofuel industry as a whole. It also calls into question – albeit indirectly – the proposal by the Environmental Protection Agency (EPA) to lower biofuel targets required by the Renewable Fuel Standard.

“That could slow down industry growth and result in a reduction in demand for domestic renewable fuel,” Borer said. “When that happens, the U.S. has to import more foreign oil to replace it.”

Critics of the EPA’s proposal say it could deliver a damaging blow to the growth of the U.S. biofuels industry.

“We are producing a domestic fuel that aids our local and national economics, and we’re burning a cleaner fuel,” Borer said. “Everything I see indicates that we need to get some increased measure of energy independence, and ethanol is a big part of that. It can be an even bigger part.”

Economic Contribution of POET Biofuels Production on U.S. and State Economies was published August 13 and was based on a study performed by ABF Economics.