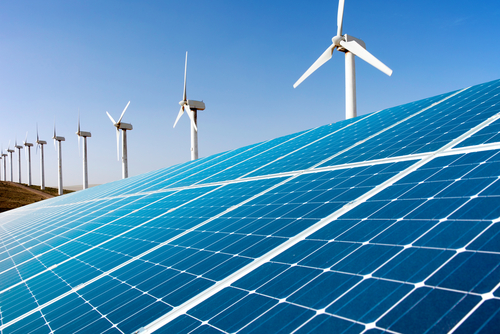 The European Bank for Reconstruction and Development (EBRD) has set up a new $250 million program to develop subsidy-free renewables projects in Morocco, Jordan, Egypt and Tunisia.

The initiative will enable clean energy generators to sell directly to consumers, such as cement companies and hotel groups, through power purchase agreements, making the projects solvent without government support. The London-based development bank’s board has approved a plan to support the installation of 400 MW to 450 MW of clean power within this framework over the next four years.

“We want to push renewables to the next level,” Nandita Parshad, director for power and energy utilities at the EBRD, said in a phone interview. “Amongst all our countries of operation, the southern and eastern Mediterranean were the ones with the highest potential for renewable projects to get close to grid parity.”

Renewable energy has cost governments in early-adopter regions, such as western Europe, billions of dollars in subsidies for feed-in tariffs and other support programs. As costs of technologies, such as solar panels and wind turbines, drop, electricity generated from plants set in ideal weather conditions draws closer to being competitive with power from conventional power plants without state support.

The majority of projects built under this framework will be onshore wind and solar photovoltaic with the remainder a mix of small hydroelectric and perhaps some biomass, Parshad said.

“They’re all countries with growing power demand, good weather conditions for renewables and higher power prices,” Jenny Chase, lead solar analyst at Bloomberg New Energy Finance, said. “But more importantly, Morocco, Jordan and Egypt have recently run tenders for renewable energy so there are projects that are ready for investment.”

The Clean Technology Fund and the Global Environment Facility, two entities set up by the World Bank Group, will be providing concessional finance for the EBRD initiative. They will be lending $35 million and $15 million respectively, without exceeding 10 percent of the costs of an individual project. The EBRD’s loans can be up to a third of project costs in debt or equity.

The framework’s first project may be a 120 MW wind farm near Tangiers in Morocco with the deal expected to be signed later this week. The project owners would be Saudi developer Acwa Power Global Services LLC, UPC Renewables North Africa and ARIF, an Africa-focused infrastructure fund managed by Infra Invest. Danish manufacturer Vestas Wind Systems A/S would supply the turbines.

If approved, the EBRD’s loan will be 57 million euros along with concessional funding from the Clean Technology Fund. The total cost of the project is about 1.8 billion Moroccan dirhams ($180 million).

Morocco passed a renewable energy law in 2010 allowing large industrial consumers to procure power directly from the generators. The EBRD will be working with the governments in Jordan, Egypt and Tunisia to enact similar reforms.

“Investment is a big part of the framework but alongside that we bring policy dialogue and technical assistance to get regulatory changes in place to allow renewables to sell directly to end users,” Parshad said. “The initiative is really aimed at enabling private to private agreements, based upon this growing competitiveness of renewable energy.”

The EBRD was established after the collapse of the Soviet Union to help eastern European countries transition to market economies. It has since expanded its operations to Central Asia, the Middle East and North Africa.