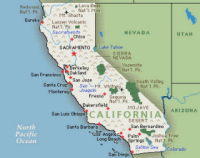 SACRAMENTO, Calif. The effects of California’s continuing drought are being felt by the state’s utilities — many of which obtain at least a portion of their supply from hydroelectric power sources.

California governor Jerry Brown declared a drought emergency today in what could become the driest year in the state’s recorded history, asking residents reduce their water consumption by 20%.

“We can’t make it rain, but we can be much better prepared for the terrible consequences that California’s drought now threatens, including dramatically less water for our farms and communities, and increased fires in both urban and rural areas,” the governor said in a statement.

Water rationing is not mandatory yet, Brown said, though it may be implemented later.

The drought’s impact on hydropower operators might force utilities to start looking toward other sources, according to market analysis group Fitch Ratings.

According to Fitch , “eight of the Fitch-rated public power issuers receive between 10%-32% of their power supply from hydroelectric resources,” a fact that may cause some to “use more expensive generation and purchased power to replace the potential shortfall in hydropower output for the third year in a row.”

Data from the U.S. Energy Information Administration shows California has relied on natural gas during previous low-water years. In 2011, hydroelectricity accounted for 21.3% of in-state power generation before decreasing to 13.8% in drier conditions.

Meanwhile, natural gas generation increased from 45.4% to 61.1% in the same time frame.

Time still remains for water conditions to improve to normal levels through the current water year — which began Oct. 1, 2013, and extends to Sept. 30, 2014 — as about half of all water years with dry first quarters have gone on to recover normalcy, according to the California Department of Water Resources.

The drought — caused by an atmospheric condition blocking Pacific winter storms from America’s Pacific coast — is effecting other areas in the western United States as well.

The Bureau of Reclamation announced earlier this month that it will reduce flows into the American River from Nimbus Dam in California, after announcing in August 2013 that Utah’s Lake Mead — which provides water for the 2,078-MW Hoover Dam — could see its levels dip by as much as another eight feet in 2014.