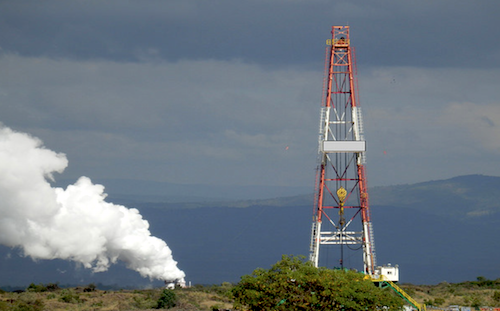 U.S. Geothermal this week will begin drilling activity to deepen two geothermal wells at the San Emidio geothermal project in Nevada, the company said in a June 27 project update.

The company said it has received approval from the U.S. Bureau of Land Management to begin the drilling.

“We are pleased to be moving forward again with drilling at … our San Emidio project in Nevada,” Doug Glaspey, president and COO of U.S. Geothermal, said in a statement, adding that the company is optimistic that testing will confirm the resource potential “in support of obtaining a power purchase agreement.”

U.S. Geothermal said that the two wells scheduled for drilling this week were originally drilled to a depth of 1,000 feet and encountered high bottom hole temperatures and high temperature gradients. Both of those findings are indicators of a deeper, active geothermal system, the company said, adding that, if productive zones are encountered, the wells will be tested to determine resource temperature and production characteristics in the area.

Phase I of the San Emidio project was completed in 2012, when an existing 3.6 MW plant was replaced with a more efficient 9 MW power plant.