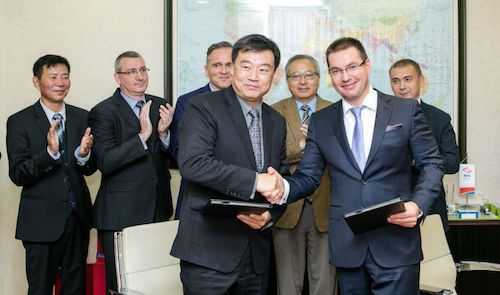 Geothermal drilling activity will begin next year in northern Serbia as part of an agreement made by Serbian energy company NIS.

The company will work with Belgrade-based geothermal development firm Betec to advance geothermal energy projects in the region.

“NIS aims to lead the growth of renewable energy in Serbia,” NIS CEO Kirill Kravchenko said in an Oct. 26 statement. “For years, [we’ve developed] a large number of energy efficiency projects, especially projects of cogeneration — electricity produced from gas. In cooperation with our partners, we will further develop our projects in the exploitation of geothermal resources and contribute to increasing of production of energy from renewable resources, and also contribute to energy independence of Serbia.”

NIS said the companies will jointly develop geothermal active areas in northern Serbia by drilling new production wells and building power plants. Commissioning of the first power plant is planned for 2018. According to NIS, the projects will include combined heat and power plants.

“KS Orka aims to be the leading global developer and operator of geothermal projects,” Kaishan CEO Kevin Cao said. “KS Orka has prioritized investments in emerging economies and is targeting development of 500 MW of power generation capacity over the next five years.”