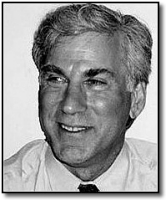 The energy bills now before the Senate and the House may be wrongheaded, irrelevant, costly and destructive — but that’s not the Democrats’ fault.

After two failed attempts in three years, Congress may be only days away from sending an energy bill to the President. Most Americans assume the bill will deal with our number one energy problem — a growing and increasingly oppressive reliance on imported oil. Republican leaders are doing their best to nurture that assumption. “With oil prices recently topping $60 a barrel, this legislation can come none too soon,” declares Senate Majority Leader Bill Frist, R-Tenn. Frist insists the bill will “make us less dependent on foreign sources of energy.” President Bush agrees. We need a national energy bill because “we have grown more dependent on foreign sources of energy and consumers see the consequences of that at the gas pump on a daily basis.” Those who actually read the energy bills, however, will quickly realize we’ve been had. For the awful truth is that, even as the price of gasoline edges toward $2.50 a gallon and Congress appropriates another $82 billion for the Iraq war, the White House and Congress may enact an energy bill that does nothing to reduce our dependence on imported oil. Much has been made of the differences between the Senate and the House versions of the energy bill. There are differences. But when it comes to oil imports, the only difference between the two is the difference between tragedy (Senate) and farce (House). Consider just one example. The Senate, apparently having screwed its courage to the sticking point, asks the President to implement measures that will ensure that our consumption of oil INCREASES by only 4 million barrels per day by 2015, rather than the 5 million barrels per day currently projected by the Department of Energy. In other words, our dependence will worsen considerably, but not as much as it could have! The House couldn’t even bring itself to go that far. It flatly refuses to call for any reduction in our oil consumption. How bad is it? The most effective provision in either energy bill may be a small program to promote a technology that cuts off heavy-duty truck engines after 15 minutes of idling. Is it any wonder that the world looks at America circa 2005 and shakes its collective head? Many commentators have severely criticized the energy bills for lavishing tens of billions of dollars on companies whose balance sheets are swollen with unprecedented profits and cash. Far less attention has been given to non-monetary sections of the energy bills, the long-term social and economic costs which may be much higher. One such provision, for example, allows the federal government to impose high voltage transmission lines on recalcitrant states. Another severely limits the authority of state and cities over the siting of liquefied natural gas (LNG) terminals. Provisions stripping states and communities of their authority over private energy companies are accompanied by another that would have the same debilitating effect on federal authority. Both bills repeal the 70-year-old Public Utilities Holding Company Act (PUHCA). PUHCA was passed to clean up the mess created by massive utility mergers in the 1920s and the resulting wave of fraud and financial manipulations that helped to bring about the Great Depression. PUHCA forced utilities to refocus their corporate structure on their core obligation — the delivery of low cost, reliable electricity. And it endowed the newly created Securities and Exchange Commission (SEC) with the power and responsibility to examine the utilities’ books and evaluate any merger proposals. As people discover the appalling content of the energy bills, they naturally condemn both political parties. Progressives go further. They direct their most vitriolic remarks at the Democrats. This is wrongheaded. When it comes to national energy policy there is a stark difference between the Republican and Democratic parties. We can illuminate the differences by examining votes on specific issues (see link below). When the House voted on a provision to raise the fuel efficiency standard for new cars from the current 27.5 miles, to 35 miles per gallon by 2015, 84 percent of Republicans voted against; 70 percent of Democrats voted in favor. When the Senate voted on whether to require 10 percent of U.S. electricity to come from renewable resources by 2020, 82 percent of Republicans voted against; 93 percent of Democrats voted in favor. When the Senate voted on whether to call for a reduction in oil imports by 40 percent by 2025, 95 percent of Republicans voted against; 98 percent of Democrats voted in favor. When the House voted on whether to repeal the Public Utilities Holding Company Act, 97 percent of Republicans voted in favor; 91 percent of Democrats voted against. When the House voted on whether to preempt local and state authority over liquefied natural gas terminals, 85 percent of Republicans voted in favor; 79 percent of Democrats voted against. The energy bills now sitting in a House-Senate Conference Committee are truly dreadful — wrongheaded, irrelevant, costly and destructive. The White House and the majority parties in the House and Senate deserve our censure. But our anger and frustration should not lead us to paint with too broad a brush. The Democrats are not to blame for this mess. About the author… David Morris is co-founder and vice president of the Institute for Local Self-Reliance in Minneapolis, Minnnesota and director of its New Rules project.