More
Home O&M Asset Management ‘Don’t be a jerk’ and other words of wisdom for people in... 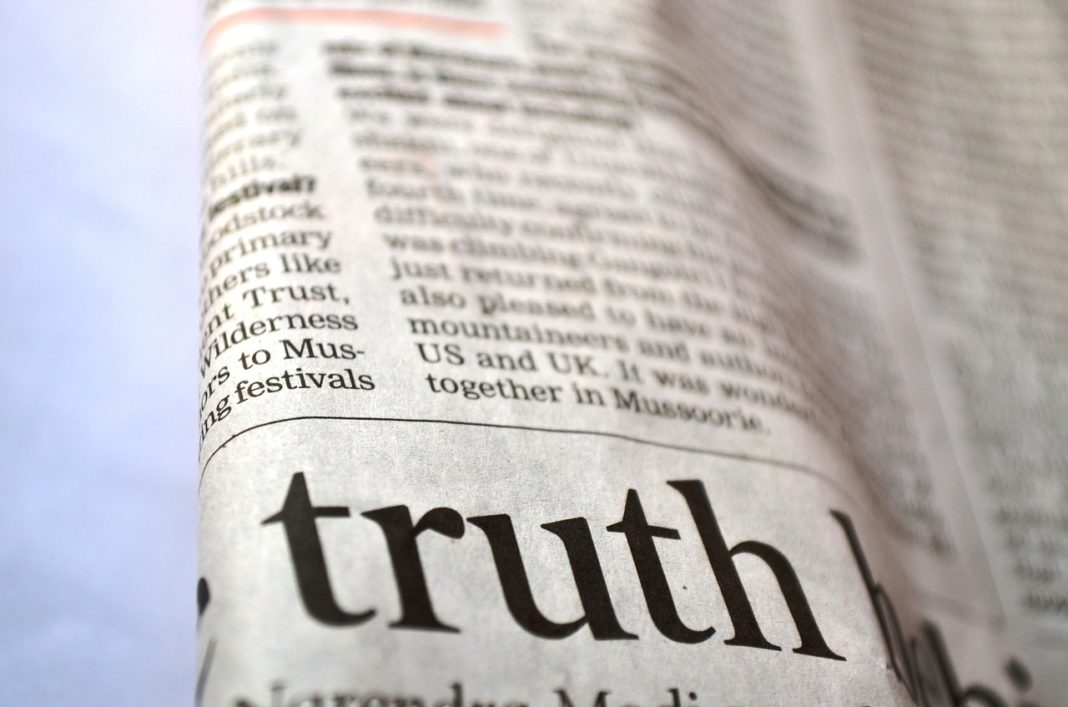 Get a sneak peek at the POWERGEN women with excellent character

For the first time, POWERGEN International along with partner UL, will be awarding five women with Excellence in Character Awards at the upcoming event in New Orleans during the Lunch for Better Balance on Wednesday, November 20.

During the months of August and September, the greater power industry nominated women whom they believed possess the character traits of initiative, integrity, and collaboration. Those nominees were then evaluated by a committee dedicated to advancing women in the power industry. The committee then selected the five winners.

Most of these women will be attending POWERGEN International and will be part of the Lunch for Better Balance, where they will receive their awards and participate in a panel discussion.

“Comparison is the Thief of Joy” – Teddy Roosevelt

Linette Casey is a Key Account Manager for Siemens Energy, Inc.  In this role she is responsible for long term customer relationships across different segments including renewable developers, public power producers, private equity firms, engineering firms and higher education facilities in New England for the entire Siemens Energy, Inc. portfolio.  She’s responsible for power generation, energy storage, instrumentation and controls, cybersecurity, micro-grid solutions, grid modernization, renewables and energy management transmission and distribution.  She has been with Siemens for 18 years and prior to that she provided logistics support to the Navy SEALs.

Linette talked about a different kind of balance when asked about a challenge she had faced. She explained that she was faced with the dilemma of caring for her sick daughter who was hospitalized for several months and continuing to work.

“I figured that honesty and openness about the personal challenges my family was facing was the best solution and I was candid with my management about the situation,” she explained, adding that earlier in her career, she had kept work and private life separate so even bringing up the personal challenge was difficult. “Many families I know whose children face similar issues are unable to maintain employment and they are plummeted into a full-blown family and financial crisis,” she said.

Luckily for Casey, her company was supportive. “We worked out a way for me to take FMLA, changed some of my responsibilities temporarily to allow me to work remotely and work creative hours (including many nights spent at the hospital) to keep up with everything at work.”

She said the experienced ended up helping her immensely in work. She learned how to prioritize; how to say ‘no’ when she knew something was beyond her means; how to focus intently, be as productive as possible in a short amount of time, be organized, delegate and accept help from colleagues. Ultimately, she said she learned a lot about ‘work-life integration’ as opposed to ‘work-life balance.’

“Now I am more conscious of offering help to others who I know are facing similar challenges – to be their champion and try to make their load a little lighter during the difficult season they are facing,” she added.

Sue Kelly has been President and CEO of the American Public Power Association (APPA) since April 2014.  Prior to becoming President and CEO, Kelly was APPA’s Senior Vice President, Policy Analysis and General Counsel.  In that capacity, she helped APPA and its members with energy policy formulation and policy advocacy before the Federal Energy Regulatory Commission (FERC), federal courts, and other governmental and industry policy forums.

Kelly was named one of Washington’s “Most Powerful Women” in the November 2015 issue of Washingtonian magazine in the “Business, Labor, and Lobbying” category.  In March 2017, she was honored as Woman of the Year by the Women’s Council on Energy and the Environment.

Kelly says her greatest challenge was balancing motherhood and her law practice. She said she made “lots of compromises and a number of job changes to get through,” adding, “I made the career decisions I needed to make at the time get me the flexibility I needed at that time.”

And those sacrifices and compromises ended up working her favor once she was an empty nester, she said. “I actually ended up as the CEO of the second trade association I worked for,” she said.

Kelly said she tells her utility members the diversity in the industry is importance. “we serve diverse communities and we need to reflect those communities.”

Of her motto, Kelly explains that after 39 years in the energy industry with 20 in a law practice, she’s learned that people don’t go away – they just move into new career and eventually surface again.

“So even when you are tempted to be a jerk, don’t do it.  That way, you have less to regret later.”

“Be authentic, be true to yourself, and be present in every moment”

Jennifer Fernandez has been with Southern California Edison (SCE) since 2007. She started in Energy Efficiency where she performed project and contract management for new construction projects, then moved to revenue services and managed technology projects with a focus on billing, payment, credit, and collections. Since 2017, Fernandez has served as a Senior Project Manager in Generation’s Major Projects & Engineering organization, where she leads electrical, civil/structural, and mechanical construction projects within the Big Creek Hydroelectric Project and surrounding areas. The projects range from medium-to-high complexity with budgets of up to $10M each and 15-20 projects run concurrently at any given time.

Fernandez speaks of the challenge of balancing her career and being a mom to two small children.

“My job has unique responsibilities, including extensive travel to remote project locations, long work hours, and managing large teams for 15-20 concurrent projects,” she said. A supportive family and understanding boss, however, have enabled her to “maintain work/life balance while achieving success in my career – and having fun in the process!” she said.

“Our mission is to cultivate a diverse and inclusive workforce within Generation to inspire development and optimize performance by fostering a safe environment, enabling people to value differences and encouraging cross-functional collaboration,” she explained. She added that since its inception in 2017, the D&I team has made great strides in creating a more balanced, diverse and inclusive organization “through the roll-out of job shadowing opportunities, enhancements to the recruitment and hiring practices, and an increase in collaboration.”

“Be clear, frank and – whenever possible – positive”

In the course of her 30+ year career in the geothermal industry, Ann Robertson-Tait has worked on geothermal projects in 26 countries, including more than 55 that have been developed for power generation (with a combined capacity of nearly 6,700 MW), and an equal number of projects at earlier stages of exploration and development.  She is known for her work on reducing the risks associated with discovering and proving geothermal resources, an effective pathway for increasing the global deployment of geothermal power.  Recent work in this area has included developing a framework for a new risk mitigation fund for geothermal development in East Africa.

Robertson-Tait says that when she has to deliver bad news, she expresses the fact of the matter plainly but with compassion. “And I listen – there is so much to learn from the smart people I meet all around the world,” she added.

She explains that a common challenge she faces is differences in opinions about the capacity of a particular geothermal resource. She said she tends to err on the side of caution because she’d rather protect her client’s interest and yield better-than-expected results, rather that oversell projects that could ultimately fail.

“My solution is to keep an open mind, actively listen as a different position is explained, ask questions that bring uncertainties to light, assess the tolerance for risk, and have enough discussion to reach an amicable solution that almost invariably includes some upside potential,” she said.

She said she takes the same approach when dealing with gender challenges. At the start of her career, Robertson-Tait said she was often the only woman in the room.

“Perhaps the most interesting situation I’ve faced was participating in a technical meeting in the Middle East, in a room full of male engineers.  I did my homework ahead of time to make sure I respected local customs, but stuck to my basic MO of clear, frank communication as an expert professional.”

Robertson-Tait adds that as the industry has become more diverse, she has become more aware of gender bias. “When I observe it, I respond by asking a non-confrontational question that permits a simple, friendly discussion of the issue I’ve observed,” she said.

I try hard not to get too fixed in my thinking and opinions.  I make mistakes and then try to figure out where and how I got off track.  Different views are extremely important to me – I learn new things almost every day from all kinds of people and adjust my perspective accordingly.  I’ve been extraordinarily lucky to have the support of family, friends and colleagues who believe in me (and it helps a lot to be doing something I really believe in).  I strive for inclusivity; my watchword is “Better Together.”

“Do one thing at a time, and that one thing only.”

“Try something new, and don’t worry about the peanut gallery. They’re not actually looking anyway.”

Andrea Lucan is a partner with the law firm of Akin Gump Strauss Hauer & Feld LLP, where she represents clients in global project development and finance matters, particularly alternative energy projects. She says she sees achieving a better-balanced energy industry as an everyday challenge.
“I consciously work to support and develop the women associates at my firm, particularly ensuring they get the same business development opportunities as their male counterparts.”

Lucan believes that the energy industry will get better results with balance. “Energy touches the lives of everyone on the planet, and it only makes sense that the people making energy policy and building projects would be a reflection of their stakeholders,” she said.

These five women will be honored with Excellence in Character Awards at POWERGEN International 2019, in New Orleans, LA November 20, 2019 during the Lunch for Better Balance. Jennifer Fernandez, Linette Casey, and Andrea Lucan will participate in a panel discussion about their careers in the energy industry. Register to attend POWERGEN International today and make sure you purchase a ticket to the Lunch for Better Balance.