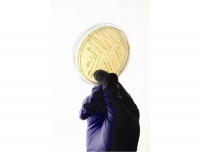 Imagine that hybrid vehicles never got the research push necessary to get cars such as the Ford Fusion and Escape hybrids to market.

Imagine the discovery of the bacterium Zymomonas mobilis went scientifically unnoticed instead of being developed into one of the most promising ethanol-producing organisms the world has ever known.

Imagine a U.S. energy future without solar power, without wind power, without hybrid vehicles, without biofuels, and you’re seeing how things might well have come to pass without the U.S. Department of Energy’s (DOE) national laboratories.

Since 1998, the DOE has spent more than $100 billion on cutting edge research and development.  This funding has created important innovations across the energy spectrum leading to the filing and issuance of thousands of U.S. Patents and Patent Applications.  This treasure trove of innovative technologies is available to U.S. industry to develop and create jobs in the energy industry.  President Barack Obama, in his 2011 State of the Union address, stated, “In America, innovation doesn’t just change our lives.  It is how we make our living.”  The innovative technologies created by the DOE and its laboratories will enable current and future generations to make a living in the energy marketplace.

I work at the National Renewable Energy Laboratory (NREL), the only national laboratory singularly focused on renewable energy and energy efficiency innovation.  The primary laboratory for the DOE’s Office of Energy Efficiency and Renewable Energy (EERE), NREL has a more than 30-year history of achievement.  NREL scientists and engineers created the seeds which grew into domestic wind and solar power industries.  Other NREL scientists worked with the automotive industry to facilitate the adoption of hybrid vehicles.  And NREL scientists trekked around the world to isolate and develop organisms such as Zymomonas mobilis.  NREL’s innovations are encapsulated in the myriad of renewable energy and energy efficiency products available through the U.S, and worldwide.

And NREL is just one of 17 of the DOE’s national laboratories.

At a time when energy innovation is absolutely critical to our nation’s environmental and economic future, not to mention our national security, the DOE laboratories have never been more important – even though they are largely unknown to most Americans.

Innovating in obscurity is nothing new for the national labs. Our achievements may be publicly unsung, but our impact has been felt worldwide.  Of course, results are what matters.  And results depend on whether the energy sector takes advantage of the energy innovations and partnership opportunities the national laboratories have to offer.

One recent example of a breakthrough partnership at NREL involves two private-sector companies and Zymomonas mobilis (affectionately known as “Zymo” by those working on the project).  Zymo is an incredible little bacterium that can convert virtually any kind of biomass into bioethanol.

Whenever I talk about Zymo, I remember the scene at the end of “Back to the Future,” when Christopher Lloyd shoves a bunch of banana peels into “Mr. Fusion” to power his futuristic time-traveling DeLorean. Incredible as it may seem, that future isn’t far off, although it’s biofuel-driven rather than nuclear.  And yes, Zymo can convert banana peels and grass clippings into bioethanol.

This partnership story began when the engineering company E-Fuel invented the MicroFueler, a large home appliance that helps convert certain types of biomass into bioethanol.  The MicroFueler then pumps the bioethanol into your car, motorcycle or lawnmower.

The MicroFueler is marketed by a company called Epiphergy (a play on “epiphany” and “energy”).  Epiphergy began working with NREL and Zymo to improve the productivity of the MicroFueler.

The result of this partnership among NREL, E-Fuel, and Epiphergy will be a home fueling station in which yard waste, food waste, and other items one might compost can be converted into fuel – more than 75 gallons a week.  Expect to see this product soon.

Success stories like this Zymo partnership are plentiful within the DOE national laboratory community.  The innovative technologies developed through research funding from DOE have had strong impacts on the nation’s economy and on the creation of jobs.  This kind of innovation, funded by the DOE and created at the national laboratories, is pivotal as the country continues to recover economically.  Developing clean energy industries and helping them flourish will add many new jobs to the economy.

Where can you find the thousands of patents and patent applications?  Recently, the EERE and NREL developed and launched the EERE Energy Innovation Portal, an online tool initially created by NREL for DOE.  It provides businesses and entrepreneurs access to the thought leadership of all 17 DOE national laboratories.  The portal contains a centralized database of energy efficiency and renewable energy intellectual property, including more than 15,000 searchable DOE patented technologies.  It also provides more than 300 business-friendly market summaries for technologies throughout the national labs.

It’s easy to use, and it’s free.  Users simply point and click to find out more about a technology or to connect with a licensing professional at the appropriate laboratory to talk about accessing these technologies.

The principle behind the EERE Energy Innovation Portal is one of collaboration and partnership – our public-sector laboratories need private-sector partners to move inventions to market and deploy them in the world.  The portal is a tremendous tool to support that public-private collaboration and to make the innovation process as fast and as effective as possible.

Amazing things are happening in energy innovation, thanks to the DOE laboratories. As the players in the energy sector learn more about working with the labs and taking advantage of government-funded research, development, analysis, testing, and validation capabilities, great things are bound to happen.