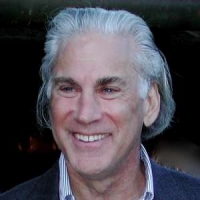 Only recently have we begun to realize that a renewable energy future does not inevitably mean a decentralized energy future. Indeed, right now the fastest growing part of the renewable energy industry may be the large solar central power systems being built in remote locations in the southwest to serve customers in Los Angeles, and the huge wind farms being built in the Midwest to serve customers in Chicago.

The preferred scale of solar energy did arise briefly 30 years ago when NASA vigorously lobbied for Congress to fund a series of solar power satellites. NASA maintained this would be a highly efficient solar electric system because in space the sun shines 24 hours a day. A more self-serving argument was that the electricity beamed down to earth could become the first economic export from future space stations.

The Congressional Office of Technology Assessment was asked to examine the issue. It in turn invited my organization, the Institute for Local Self-Reliance to prepare a report comparing solar power satellites to rooftop solar arrays. We found rooftop systems were much less expensive. We also concluded, intriguingly, that an optimal solar electric house would export 50 percent of what it generates and import 50 percent of what it consumes. Self-reliance, not self-sufficiency, works best.

At the time, most people in the environmental and renewable energy communities were neutral or supportive of NASA’s proposal. To them scale and distance from the power plant to the final customer were unimportant and even irrelevant considerations. They became critics only after it became clear the microwave beams that would transport the electricity could harm wildlife.

To address the issue of distributed vs. centralized renewable energy let me begin with a non-controversial proposition. We should first harness renewable resources available to us at or near the point of consumption. That means first tapping the most decentralized renewable resource of all — human ingenuity — to maximize efficiency. On the supply side of the equation, attached geothermal systems could satisfy the heating and cooling needs of many buildings. On-site and nearby (e.g. on parking lots) photovoltaic systems could supply a significant amount of our residential electricity.

When we had exhausted our capacity to use the renewable resources that are available at the point of final consumption, we would then more further out, tapping into regional centralized solar arrays and modest-sized wind farms whose electric output would be injected into existing sub-transmission and distribution lines.

Finally, since orbiting solar power satellites are no longer on the menu, would make use of more distant and more centralized renewable energy systems that require new high voltage transmission lines.

To me, this final step is where we should draw the line. Before we build high voltage transmission lines we should harness all available distributed renewable resources and maximize the efficiency of existing transmission and distribution lines.

How much electricity could we generate in this fashion? The jury is still out, but increasing evidence suggests it could be very significant.

A 2006 study by the California Energy Commission found that residential and commercial rooftops alone might generate sufficient solar electricity to meet California’s 2010 and 2016 renewable energy standards. A 2007 study done by utility transmission engineers in Minnesota, an expanded version of which will be issued in June 2008, strongly suggested that the additional 6,000 MW of renewable electricity needed to meet the state’s 2020 renewable energy standard could be injected into the existing electricity grid throughout the state.

Just a few days ago, the giant utility, Southern California Edison, announced it would generate 250 MW of power from solar arrays on two square miles of unused commercial roofs. The anticipated cost, $3 per installed watt, is less than the large centralized solar power system currently being planned for the American southwest.

We don’t know what the future will bring. Plug-in hybrids or all-electric vehicles could provide sufficient storage to miniaturize the grid while allowing the grid to handle a much higher proportion of intermittent electric generation.

Some undoubtedly would argue that we need both big and small, centralized and decentralized. My answer is that, in the long term, that might be right. But in the short term it is not and most new high voltage transmission lines are being proposed for the short run.

New high voltage transmission lines create at least two major negative impacts. One is inherent. They invade private property and often important public spaces. San Diego Gas and Electric proposed to build a new 500 kV transmission line that would run through a 600,000 acre state park. The other is not inherent but is the current reality. High voltage transmission lines enable coal-fired and fossil fueled power plants. SDG&E called its proposed line the Sunrise Powerlink, suggesting it would be a renewable energy line. But the Environmental Impact Statement concluded the line would result in more greenhouse gases than it prevented, because of new fossil fueled power coming from Mexico enabled by the new line.

An expanded use of coal-fired electricity requires new high voltage transmission lines. An expanded use of renewable energy, either solar electric or wind powered, does not, at least for the foreseeable future. Thus we can dramatically increase our use of renewable electricity while effectively stopping new coal power plants by not building new high voltage transmission lines.

High voltage transmission lines may be necessary at some point in the future. They are not necessary now. Therefore we should impose a moratorium on new lines, unless at least 80 percent of the electricity they carry is renewable or until we have exhausted our ability to tap renewable fuels available at or near our homes and factories.

David Morris is Vice President of the Institute for Local Self-Reliance. He is author of Be Your Own Power Company (Rodale Press) and Self-Reliant Cities (Sierra Club Books). His most recent report Driving Our Way to Energy Independence was published in April 2008.