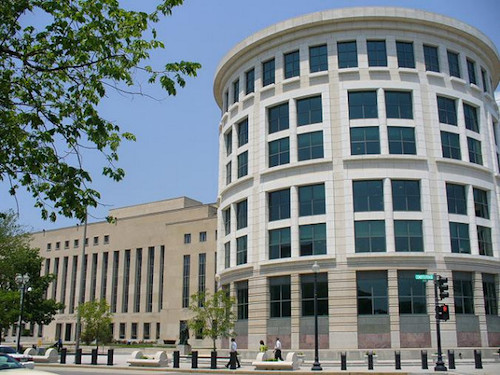 The U.S. Court of Appeals for the District of Columbia Circuit on Tuesday heard oral arguments in the State of West Virginia v. EPA, the case challenging the legal basis of the Obama Administration’s Clean Power Plan.

David Doniger, director, climate and clean air program for the Natural Resources Defense Council (NRDC), a party to the case, said during a press conference call Tuesday night that the court was “very skeptical” of the arguments presented by the coalition challenging the plan.

The Clean Power Plan would put in place regulations designed to reduce carbon emissions from power plants in the U.S. by more than 30 percent by 2030.

Ten judges heard the case, which was set up earlier this year for expedited processing. West Virginia Attorney General Patrick Morrisey filed the lawsuit challenging the plan as soon as it was published officially in the Federal Register last October, and 26 states joined the suit with West Virginia. Eighteen states, along with environmental groups and power companies, became parties to the case to argue on behalf of the Environmental Protection Agency (EPA).

In a statement to the press Tuesday night, Morrisey said that the arguments of the petitioners covered a “wide variety of legal defects” in the Clean Power Plan, which the EPA established under Section 111(d) of the Clean Air Act.

“If the court agrees with any one of [those defects], we will prevail,” Morrisey said.

Doniger said that the court “understood that the big fiction in the [challengers’] case is that the power industry was just stable and happy delivering coal-fired power and nothing was changing until the…EPA came along with the Clean Power Plan.”

He added that the court understood that the power industry, in fact, is changing quickly and the Clean Power Plan builds on what the industry is doing already.

“The reality is that, even though the [U.S. Supreme Court (SCOTUS)] has ruled that carbon dioxide is an air pollutant, and even though SCOTUS has ruled that [111(d) of the Clean Air Act] applies to power plants, the other side is still looking for some way to avoid facing the music,” Doniger said.

Attorney Sean Donahue, who argued for 15 environmental and public health groups in favor of the Clean Power Plan, said during the press conference that the court was “incredibly well-prepared.”

“From the very first question from the court, which was about pointing out that the rule does not have the kinds of extreme consequences as the petitioners’ case is based upon, the court had obviously dug deep beneath the rhetoric of the litigators and into the details of the rule and the supporting facts,” Donahue said.

Howard Fox, counsel for Earthjustice’s Washington D.C. office, noted during the press conference that one of the surprises of the day was that there was no attempt to “relitigate whether climate change is real or an urgent problem.”

He said that the court not only recognized that SCOTUS held years ago in Massachusetts v. EPA that carbon is a pollutant under the Clean Air Act, but also SCOTUS was told in American Electric Power Company v. Connecticut that Section 111(d) is an available provision to be used to address climate change emissions from power plants.

“There was no questioning EPA’s approach in this rule as a sensible way to go at this problem — as cost-effective and giving substantial emissions reductions,” Fox said.

Now that oral arguments are complete, the court will take the information that was presented in the case and make its decision. There is no clear time frame set for when that decision might come, but Doniger said it could be released within three to five months.

Should the court side with the EPA, there is every reason to believe the petitioners will file an appeal with SCOTUS.

The petitioners filed an appeal with SCOTUS earlier this year when the DC Court of Appeals decided not to stay the Clean Power Plan while it hears the West Virginia v. EPA case. SCOTUS, in a 5-4 decision, chose to stay the Clean Power Plan. Just days after that decision was made, Republican-appointed Supreme Court Justice Antonin Scalia, who was part of the majority decision to stay the plan, died in Texas. His replacement has not been named, as Republicans have refused to consider President Obama’s nominee, claiming the decision should be left to the person elected to the presidency in November.

The results of the presidential election, therefore, likely will have a significant effect on how the challenge of the Clean Power Plan plays out in the courts, as a Clinton nominee could sway SCOTUS in favor of the EPA, and a Trump nominee against it.