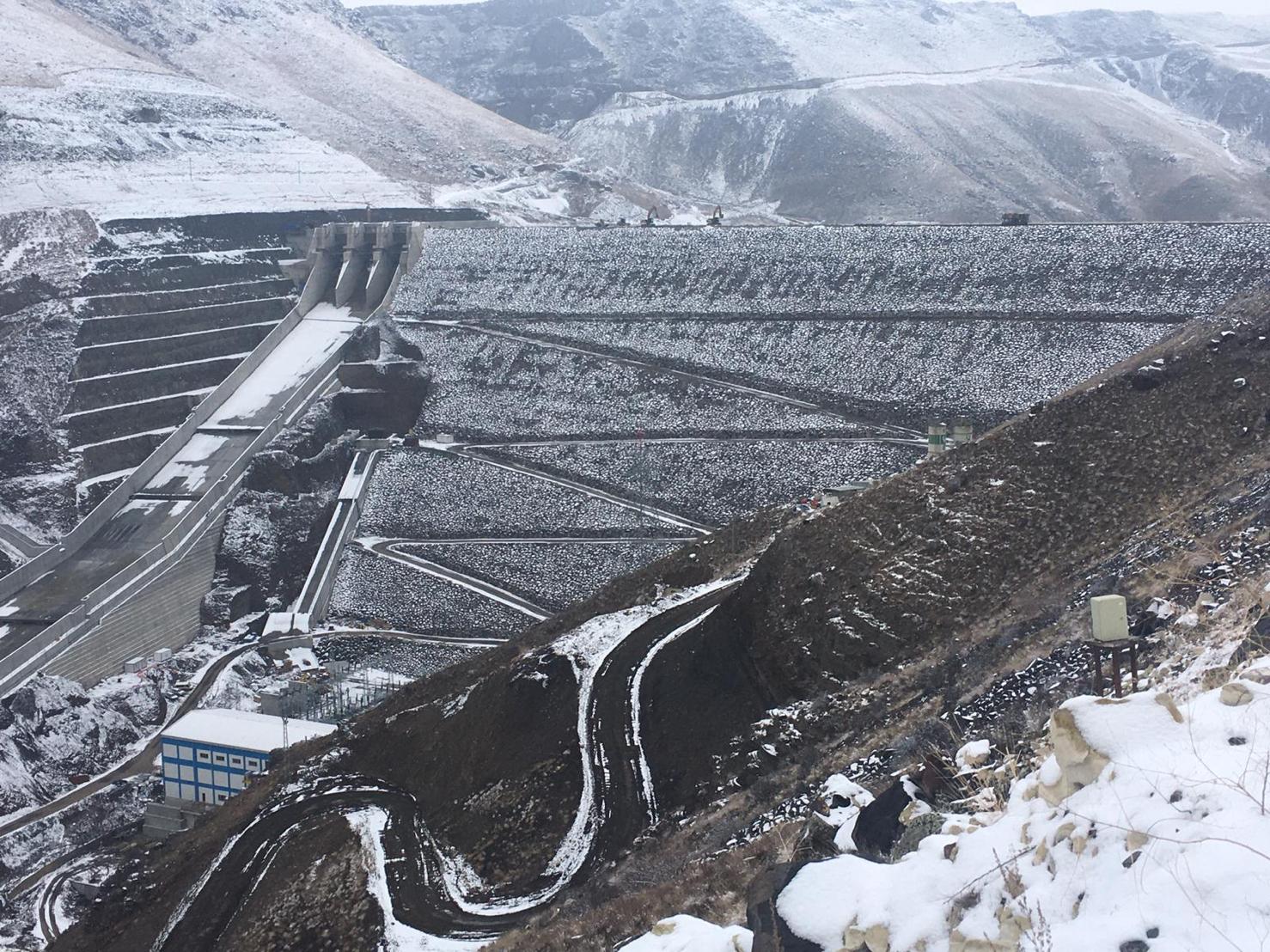 ENERGO-PRO’s Turkish subsidiary announced it completed construction of the Karakurt Dam, including the construction of part of the power plant, at the beginning of this year and started filling the reservoir this week.

The dam for the 99.5-MW Karakurt hydro plant on the Aras River in eastern Turkey is ranked among the highest asphalt-core dams in the world, ENERGO-PRO says. The dam is 137 meters high, and construction started in 2017. To build the dam, 6.4 million cubic meters of rock was needed, and 30,500 cubic meters of asphalt mixture were consumed on the asphalt core itself.

“This technology is still very rarely used in Turkey, as the laying of asphalt requires considerable precision both in the design of the mix and in the construction itself. In this respect, the investor plays an important role and must have the whole process closely monitored,” said Celal Kozumali, director of ENERGO-PRO Turkey.

“Karakurt will be one of our three largest power plants. It is also an important reference for us, we were able to complete the construction according to the timetable and with significant financial savings compared to the original prognosis,” said Pavel Váňa, chief executive officer of the Prague-based ENERGO-PRO Group.

Construction of the power plant started in 2018. The plant will be connected by two electric lines. The first is 7 km long, the second 40 km. Up to 1,200 workers were working on site during peak times of the dam and power plant construction, and the work was carried out in shifts 24 hours 7 days a week.

ENERGO-PRO says about 1,000 people had to be evicted due to the construction of the dam and power plant. The company’s purchase of land and resettlement costs amounted to nearly US$21 million.

Other companies from the ENERGO-PRO group participating in the construction of the Karakurt hydroelectric plant: Litostroj Turkey manufactured the impellers and spiral cases for the three Francis turbines, as well as the generators; and Litostroj Engineering (formerly ČKD Blansko Engineering) designed the turbines and generators.

The total estimated costs of the project are now around US$220 million.

The project is in its final stage. In the coming months, the mechanical and electrical parts in the power plant, injection work to seal the rock massif in the immediate vicinity of the dam, relocation of roads and cable lines remain to be completed. Filling of the dam is expected to take up to six months, and the first turbine will be tested in May.

This year, the ENERGO-PRO Group will also finalize the construction of another hydroelectric power plant in eastern Turkey – 280-MW Alpaslan 2.

Turkey considers the construction of new water resources to be one of the main ways to get rid of dependence on energy imports. The Turkish government expects that energy demand will increase due to long-term economic development and despite the country’s economic problems in recent years.

A study by the University of Economics in Izmir has shown that hydroelectric power plants are the most suitable energy source for Turkey. Their share in the total installed capacity of Turkish power plants is already over 30%. By supporting investment in the past decade, Turkey has managed to significantly increase its share of domestic energy sources, which account for up to two-thirds of electricity production.