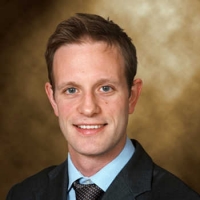 The high demand in California for electricity from renewable energy is creating opportunities for developers to build projects along the Baja peninsula in Mexico and then export the electricity across the border into California. However, such projects face a series of practical and economic challenges.

Among these challenges are the uncertainties involved in negotiating financeable land rights in the Baja California region of Mexico, limited transmission capacity to carry power across the border and the fact that Baja projects will have to compete with domestic U.S. projects in bidding to supply electricity to California utilities without the benefit of tax credits, cash grants and other incentives for projects on the U.S. side of the border.

On the plus side of the ledger are sites south of the border may be easier to come by and the wind resource in northern Baja appears to be excellent. A number of projects are already under development with several developers having begun to secure land rights in the La Rumorosa region and acquire the requisite permits to generate and export power.

California has one of the most ambitious renewable portfolio standards, or RPS program, in the nation. Twenty-nine states and the District of Columbia have laws requiring electric utilities to supply a certain percentage of their electricity from renewable energy. The federal government may adopt a national RPS in 2010.

Electric utilities in California are required to increase procurement from eligible renewable energy resources by at least 1% of their retail sales annually, until they reach 20% by 2010 and 33% by 2020. Although there are numerous projects being developed in state, these targets will still be difficult to meet and, consequently, there are opportunities for out-of-state resources to assist California in reaching these targets.

By a fortunate coincidence, Baja California, as the Mexican side of the Baja peninsula is called, has excellent potential for wind, solar and geothermal projects. In the near term, the geothermal assets at Cierro Prieto will be used to satisfy demand in the Baja region itself, and solar energy seems prohibitively expensive to export due to the high cost to generate solar electricity compared to other types of power and the inability of solar projects on the Mexican side of the border to benefit from the 30% investment tax credit or cash grant that can be claimed on solar projects in the United States. Therefore, most of the attention in Baja is focused on wind. The La Rumorosa region in particular shows strong wind potential.

The “renewable energy transmission initiative” noted in its January 2009 report that wind resources in Mexico look particularly promising. The report suggests a potential for 5,000 megawatts (MW) of border region wind projects. (The initiative is a collaborative stakeholder planning process initiated as a joint effort among the California Public Utilities Commission, the California Energy Commission and the California Independent System Operator.) Its subsequent December 2009 report contains further analysis of the energy potential in Baja, comments favorably on the potential to use that potential to meet part of the demand in California for renewable energy and suggests that additional work will be done by the state to evaluate delivery of energy from Baja to Los Angeles.

The Challenge of Transmission

The lack of transmission is a major challenge facing developers, and it presents itself in two forms. First, there is the challenge of finding enough transmission on the Mexican side of the border to move the power north into California to an interconnection point for the California grid. Second, once the power crosses the border, the grid itself has problems with congestion. It is not easy to move electricity within California to highly-populated urban areas.

Existing cross-border transmission is limited. There currently exists only 800 MW of transmission capacity between Baja California and California. This occurs through two 230-kV lines jointly referred to as Western Electricity Coordinating Council Path 45. On the Mexican side, the lines are owned by the Commission Federal de Electricidad, or CFE, and on the California side, they are owned by San Diego Gas & Electric. On the California side of the border, Path 45 interconnects with the Southwest Powerlink in the Imperial Valley. Much of this 800 MW is apparently unused and could be used to transport renewable energy from Baja to California.

This leaves a developer with two options. First, it can connect to Path 45, which is operated on the Mexican side of the border by the CFE, and contract with the CFE to carry the power to an interconnection point with the California grid. This is permitted in Mexico once a project has been issued with an export permit (the process for which is described below). Wheeling charges would add to the cost of the exported energy.

The second option is to finance and construct its own transmission to an interconnection point within California grid territory. Although no renewable energy projects connect directly into California currently, two merchant-owned gas-fired plants in Mexico connect directly to the California grid at Imperial Valley. In a similar way, renewable energy projects could construct their own transmission trunk line from Baja to a substation in California such as the Imperial Valley substation. These trunk lines could also be used by future projects in the same area.

Developers attempting to pursue this second option are unlikely to receive assistance from the Mexican government. Since all public transmission is owned and operated by the CFE, there are no government incentives for private expansion of the transmission grid. Further, the CFE itself is likely to be constrained in constructing transmission lines to export electricity because its primary function and responsibility are the transmission and distribution for public service within Mexico.

There are positive signs that additional cross-border transmission capability will be added over the coming years. Sempra has applied to the U.S. Department of Energy for a federal permit to allow it to build a cross-border transmission line connecting wind projects at La Rumorosa to the Southwest Powerlink in southern Imperial County and potentially carrying 1250 MW.

A further possibility would be a cross-border tie-in to the Imperial Irrigation District. Power could then be wheeled to Southern California Edison or Los Angeles Department of Water and Power territory (although transmission to the later would be dependent on completion of proposed transmission upgrades). If additional transmission capacity is built by pioneering developers, this could be made available to future wind projects and make connecting to the California grid easier and less costly, further incentivizing development.

The second challenge for developers is how to transport the electricity to energy hungry urban areas once it has arrived in California. Existing cross-border transmission lines connect to the California grid in the Imperial Valley. Cross-border links from the La Rumorosa area could also tie into the California grid near this point. If this is the case, then the question of how this energy will make it to urban areas needs to be addressed.

There are already signs that California transmission will improve in ways that will benefit projects located in Baja. The Sunrise Powerlink project was approved by the California Public Utilities Commission in December 2008. This project involves construction of a new 500-kv line from the Imperial Valley to SDG&E service territory. This has been seen as a significant boost for those wishing to export energy from Baja to California.

This article is an excerpt from a longer article that was originally published in Chadbourne and Parke’s February 2010 Project Finance Newswire. It was reprinted with permission. Click here to download and read the article in its entirety (page 40), which includes more information on understanding the California RPS process and the legal requirements on the export of electricity.

David Markey is a lawyer practicing in the Los Angeles office of Chadbourne & Parke LLP. His practice focuses on the renewable energy sector and includes work in the areas of project finance, M&A and project development. He has practiced in the United States, the United Kingdom and continental Europe and has worked for developers, sponsors, lenders and investors on a variety of financings, acquisitions and private equity transactions.