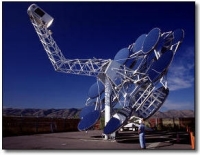 New Hampshire, United States [RenewableEnergyWorld.com] It’s a delicate time for the renewable energy industry. Now that the public eye is focused more intensely on clean energy technologies, there are a lot of high expectations about their potential. Properly educating consumers, investors and journalists about what each technology can realistically offer will be one of the most important factors in moving renewables forward, say industry professionals.

At the consumer level, that means encouraging buyers to do the necessary research about the product they’re purchasing and the company they’re working with. If buyers don’t really know what they are getting, that could make for a less-than-satisfactory experience — or even worse, a situation where the customer gets scammed.

Sue Kateley, Executive Director of the California Solar Energy Industries Association, says she sees a growing number of scammers getting into the solar industry who are making overblown claims about energy output and estimated return on investment. In the last few months, she has received three different calls from consumers in California who had large deposits taken from them by sketchy installers who made promises they couldn’t deliver.

In two cases, customers put down US $40,000 for a deposit and never got the system installed. In one case, a customer put down US $105,840 for a deposit on a system even though the customer was unsure about the relationship. By the time this customer had second thoughts about the installer, the contract was signed and the check was cashed.

“In doing some further investigation, it doesn’t really look like these are solar companies. It looks like these are opportunists…that are setting up websites and opening an office…and they’re just going around and taking advantage of unsuspecting people,” says Kateley.

With aggressive solar targets and a robust incentive structure in California, scammers see a big opportunity to take advantage of uneducated consumers, she says. And as other states continue to increase their support for solar, the problem will undoubtedly spread to other states. The only way to stop this from happening, says Kateley, is to teach people how to make smart decisions when purchasing solar or other renewables. That means knowing how to find a licensed contractor, understanding what’s in a contract, and most importantly, knowing how solar works.

“I think that anytime you have a lot of government and public attention on going green, people don’t know really what that means. And since customers don’t tend to do a lot of due diligence themselves, they really are taking on faith that the person who’s selling them this product will treat them well. I think that’s the problem that I see picking up — the green movement has brought in some snake oil-type practices and that’s very sad.”

The situation is similar to that of the late 1970’s and early 1980’s when the booming solar hot water industry attracted a number of scammers who put up shoddy systems. Many Americans lost confidence in the technology and the solar hot water industry still hasn’t fully recovered. This time around, scammers in the solar-photovoltaic industry have gotten more hi-tech. The internet has made it easier for people to set up a professional looking website and lure consumers with flashy promotions and complicated jargon.

The residential wind industry is experiencing a very similar issue, says Wind Energy Expert Mick Sagrillo. He sees the same type of scammers setting up websites promoting new vertical axis turbines and publishing theoretical performance data that has no relevance to the actual output of a system. Many of these devices are untested and are being promoted by people who know they have a questionable technology, he says. If someone buys a poorly-made turbine and it malfunctions, the consumer’s problem turns into a public problem.

“When you put a solar system on your roof and it doesn’t work, nobody will be able to tell. When you put a small wind turbine on your roof or in your backyard and it doesn’t work, the whole neighborhood knows. That could have a lasting effect on someone’s opinion about wind. We have to make sure people are making smart purchases so that we maintain confidence in these technologies,” says Sagrillo.

The main reason that sham companies are able to thrive, he says, is that people don’t really understand energy. If someone doesn’t know what type of performance data to look for, the potential for them to get dazzled by overblown or false claims about a technology increases. As founder of the wind-installation company Lake Michigan Wind and Sun, Sagrillo gets a large number of people looking into wind generators because of the rising cost of gasoline. The fact that people equate electricity generation with gasoline shows how uneducated many Americans are about energy, he says.

“It’s great that people are looking for alternatives, but it’s amazing how little people know when they seek them out. That leaves people open to purchasing a product that is less-than-reliable. We are a very gullible culture, we’re always looking for the magic bullet,” says Sagrillo.

That magic bullet thinking is spread by the mainstream media, Sagrillo says. Too many journalists take company claims about cost, performance and project timelines at face value. He believes that lack of critical analysis is passed on to consumers.

Technology Journalist Peter Fairley agrees. If companies are allowed to make claims they can’t deliver on, that may damage public confidence in certain technologies, he says. Too often, companies don’t release enough information to properly evaluate claims about the economics or energy output of a product.

“It’s critical for us to point out when companies are not answering questions. There’s a lot of hype around certain companies that are being very secretive and where there’s real potential for not only investors to get hurt, but also for the image of the industry…to be hurt.”

One of the more secretive companies in the industry has been Arizona-based Stirling Energy Systems (SES). The company plans to roll out 300 megawatts (MW) of its Dish/Stirling systems in Southern California by 2010 for around US $1.50 per watt. After that, the company says it will scale up to 900 MW, but it has not issued a timeline for the expansion. There are plans for another project that could eventually bring the total installed capacity of Dish/Stirling systems in California to 1,750 MW.

But Barry Butler, an engineer with 30 years of experience with solar thermal electric technologies, says that SES is not being honest about the realities of its proposal. He’s worked with Dish/Stirling devices and believes they have a lot of potential. But “to claim that you could do it for $1.50 a watt, which is just a little more than a gas turbine, it isn’t physically possible. You can’t buy the materials and assemble a 16,000 pound dish for that. It defies the laws of physics, materials procurement and materials costs,” he says.

In addition, says Butler, rolling out 12,000 Stirling Dishes by 2010 is theoretically possible, but it doesn’t take into account any of the reliability issues that the company may face. Right now, there are only six dishes operating today. A more realistic timeline would be to roll out 1 MW (40 dishes) for a year of testing, then move to 10 MW and eventually to 300 MW. Even at such a large scale, SES may be looking at an installed cost of around US $7.00 per watt, he says.

“They’re going to buy 12,000 engines that they’ve never bought before and put them on dishes and expect to generate power. It’s just highly unlikely. They’re probably looking at 2020,” Butler predicts.

There have been a number of stories in the media hailing the SES projects as the next big thing for solar. Butler says that none of them have critically evaluated the issues associated with cost, reliability and timeframe for development.

That type of unchecked enthusiasm is not the way to build a sustainable industry, says Fairley, the journalist. The best way to educate people about the potential of renewable energy is to be realistic about what the technologies can offer.

“One of the failings of technology journalism over the years has often been a tendency to focus on the technical potential of new products to the exclusion of the present technical challenges that need to be overcome. It’s important for us to always be flagging those challenges,” says Fairley.

For more on this topic, listen to the August 14 edition of the “Inside Renewable Energy” podcast.