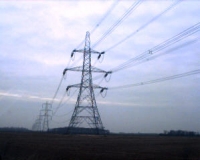 Peterborough, New Hampshire [RenewableEnergyAccess.com] In 1957, as Eisenhower began his second term as U.S. President, the first satellite launched into orbit and the first commercial nuclear reactor came online, electrical workers all over the country were installing the world’s most advanced transmission and distribution (T&D) system. Today, much of that T&D system installed 50 years ago remains in place, holding together a patchwork grid for ever-expanding electricity markets.

Now in 2007 – the age of the internet, personal digital media and distributed energy — the grid has failed to keep pace with the rapidly changing technological landscape. While most industries rely on technologies that have been invented or updated in the last few years, the electricity delivery industry uses technologies that have more or less stayed the same for 100 years.

There’s a common idiom that goes, “if it ain’t broke don’t fix it.” While the grid in the U.S. is hardly broken, it is beginning to deteriorate rapidly in some places, and it will need some serious repairs in order to meet the growing demand for electricity in general and distributed renewable electricity specifically.

“We need to see a very substantial transformation of the system,” says David Meyer, Senior Policy Advisor in the Office of Electricity Delivery and Energy Reliability at the U.S. Department of Energy (DOE). “We’re outgrowing it in many parts of the nation. It’s certainly not the high-capacity, integrated and smart system that we need.”

The current grid is a stiff arrangement of one-way transmission lines, centralized generation facilities and aging substations. The recent emergence of large amounts of renewable electricity in markets around the country are creating new challenges for both the transmission and distribution sectors.

On the transmission side, the issue is whether there are enough lines to bring renewable energy onto the grid. Because many of the abundant renewable resources are far away from load centers, additional lines must be built to bring wind, solar and geothermal energies to market. If plans to construct lines are not on the table, developers will be hesitant to build large projects in these rural areas.

“This is what we call the ‘chicken and egg’ problem,” says Meyer. “It’s difficult to develop new generation without being certain that the transmission capacity is there or will be there. No one wants to be out front taking an undue portion of the risk.”

As planners look to build more of those lines, they may have some emerging technologies to consider; particularly High Voltage Direct Current (HVDC) and wires based on nanotechnology.

HVDC transmission is certainly not a new concept — but it’s gaining ground in the U.S. as renewable electricity will have to be transported further distances with higher efficiency in the future.

The other technology still in the research and development phase is the “armchair quantum wire,” made from tubes of carbon 100,000 times thinner than a human hair, called carbon nanotubes. When these nanotubes are made into a larger wire, they can conduct electricity far more efficiently and over far greater distances than the copper wires used today.

A leading researcher of carbon nanotubes, Dr. Wade Adams of the Richard E. Smalley Institute for Nanoscale Science and Technology, says that these nanotube wires can theoretically conduct 100 million amps of current over thousands of miles without much loss in efficiency. Today’s wires conduct around 2,000 amps of current over hundreds of miles, with about 6 to 8% of the electricity lost in the form of heat.

According to Adams, these armchair quantum wires will also be one sixth the weight of current wires and so strong that they won’t need support mechanisms. That means new transmission lines would be less conspicuous, and perhaps not as controversial to communities and interest groups concerned about their impact on the landscape.

“That enables us to carry, say, electrical power from vast solar farms in the desert to the Northeast, or maybe from wind farms in Montana or North Dakota down to Florida – and in fact, even from continent to continent,” says Adams.

Of course, transmission lines made from carbon nanotubes are about 10-15 years away from commercialization. But if brought to scale, these new lines could transform how the nation, and indeed the world, transmits large amounts of renewable electricity.

The distribution sector, which is made up of facilities that lower voltage for ordinary consumption, faces a different set of issues. One of the biggest challenges for distribution is the emergence of smaller renewable energy generators, which can sometimes cause issues with metering and load flow. This is where the “smart” grid system comes in.

In order to better control electricity entering the grid at the local level, interactive control devices, monitoring networks, energy storage facilities and demand response systems will need to be implemented. As distributed generation becomes more widespread and local communities start generating their own power, the grid must adapt in order to handle a steady two-way flow of electricity.

“You have to think much more distributed than centralized, you have to solve the problem of storing energy, and it has to be much more like an internet system than the current grid is today in order to be effective,” says Adams.

These upgrades of the T&D infrastructure won’t be cheap and they won’t happen quickly. According to the Electric Power Research Institute, a California-based energy think tank, the cost of upgrading the grid with “smart” technologies could be $100 billion. Some analysts have put the figure at around $150 billion. While utilities and other developers would pay for much of the upgrade, ratepayers and taxpayers would also be responsible for the bill.

However, the economic impact associated with a failed grid could rival the price of an upgrade. For example, the 2003 Northeast blackout caused an estimated $6 billion in direct and indirect economic losses over only a few days.

According to the North American Reliability Corporation’s 2007 Long-term Reliability Assessment of the North American Grid released last month, transmission capacity continues to lag behind demand and will need to increase by more than 10% over the next 10 years to meet the needs of the U.S. electricity markets, especially as more states integrate renewables into their energy portfolios. The report also recognizes the imminent need to develop reliable storage capacity to better manage demand.

So in 2007, as we use the grid in ways it was not originally designed for, the energy community is looking for new ways to maintain the T&D infrastructure so that it doesn’t just meet market needs, but reacts to them.

“There’s a lot of awareness of the benefits associated with this kind of change. While we won’t see the change overnight, I am very optimistic that we can implement these new technologies and make the grid far more sophisticated,” says DOE’s Meyer.