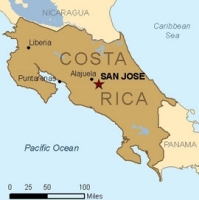 IDB, which previously approved a $670 million loan for the Reventazon hydropower plant in May, says the project will “not only help Costa Rica address its growing demand for electricity, but also contribute to the country’s goal of reducing its carbon emissions.”

The loan is for a 20-year term and is expected to be complemented by a syndicated loan of about $450 million and $294 million in co-financing from third-party institutions.

The $1.1 billion project is being developed by the Instituto Costarricense de Electricidad (ICE) and will include a 130-meter-high dam, a 6.9 square kilometer reservoir, and a 4.2 km diversion between the dam and powerhouse.

HydroWorld.com reported in September that ICE was seeking consultants to supervise the facility’s construction.

Once complete in August 2016, Reventazon will represent about 10% of the country’s total installed generating capacity.