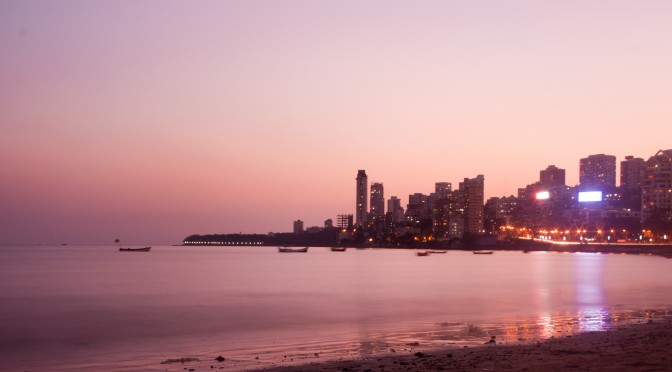 But how these projects will contribute to India’s greater sustainability effort is yet to be seen. Determining these outcomes, and how they will be financed, is of special significance as preparations intensify for the December 2015 international climate change negotiations in Paris.

India’s need for urban development and expansion is both salient and urgent. The country’s urban population, which is expected to increase from 377 million today to 590 million by 2030, has placed an enormous burden on public administration to finance and oversee large-scale construction, and to facilitate private sector involvement in the creation of urban environments. These activities are projected to cost $1.2 trillion in capital expenditure alone, representing an eightfold increase from current levels of annual spending on development.

The scale of these proposed efforts is unprecedented. The SCI isprojected to oversee the construction of 700–900 million square meters of commercial and residential space annually through 2030—equivalent to a new Chicago every year. Connecting these spaces will require 2.5 billion square meters of new roads and 7,400 kilometers of new metros and subways, representing 20 times the infrastructural capacity added in India since 1999.

Complicating this narrative, the current trajectories of urban development in India are not only economically inefficient, but also environmentally unsustainable. Assessing the sectorial impacts of various scenarios for rising temperatures, a 2013 report from the Potsdam Institute for Climate Impact Research and Climate Analytics identifies a host of potential human-induced climatic effects in India’s urban, peri-urban, and rural environments. These effects include changing rainfall patterns, air and water pollution, sea-level rise, urban heat islands, drought, and glacier melt. Combined, and in the absence of sufficient mitigation action, these factors represent an imminent threat to the security of India’s agriculture and food production, energy and water access, and health resources.

Leading constituencies within these two sectors include pharmaceuticals, engineering, retail, and banking. The Organisation for Economic Co-operation and Development (OECD) reports that the growth of these sectors, which are naturally concentrated in urban centers, is critical to maintaining robust and inclusive economic growth following the recent global financial crisis.

The productive potential of India’s urban centers is enormous. Research from the McKinsey Global Institute projects that Indian cities could generate 70 percent of net new jobs created through 2030, produce 70 percent of GDP, and drive a near fourfold increase in the per capita income of households throughout the country. It comes as no surprise, then, that Prime Minister Modi has sought to link expanding employment opportunities and economic growth with investment in cities in the SCI.

The SCI, to be implemented under India’s Ministry of Urban Development, is expected to cost $1.2 trillion in capital expenditure alone through 2030. Thus far, India’s federal government has indicated that it will sponsor up to 40 percent of SCI costs through state-level feed-in tariffs, energy generation incentives, andViability Gap Financing (VGF). This form of subsidy provides a government-allocated capital grant—meeting the funding gap for a desirable development project that lacks financial viability.

This practice has very practical applications for kick-starting sustainability in India. For example, federal financing under the VGF was approved for the development of 750 megawatts of solar power under India’s National Solar Mission in May 2014. VGF also has been applied in pilot projects across the country under the Provision of Urban Amenities in Rural Areas (PURA) Scheme, promoting rural provision of energy and water municipal services and sustainability while reducing migration pressure on urban centers.

Substantial concerns remain, however, about the effectiveness of VGF in catalyzing private sector participation in sustainable development. Feedback from industrial VGF partners in the solar industry, for example, suggests that competitive underbidding for federally sourced financing reduces financing below levels sufficient for project commercial viability.

These concerns mean that domestic lending rates in India, particularly for renewable energy projects, are significantly higher than those provided by foreign and multilateral development banks. For example, standard SBI domestic business debt interest rates, at around 11 percent, are dramatically higher than those of the Asian Development Bank or the International Finance Corporation, which provide funding rates as low as 4 percent.

Concerns about SCI financial performance and corporate governance are emblematic of India’s deeply embedded and inefficient regulatory framework. Restrictive land use policies — such as Floor Space Indexes (FSIs) that are well below optimal capacity — limit the efficient densification of population centers and have induced unregulated urban sprawl and restricted investment. Population densities in metropolitan areas surrounding India’s largest cities are already extremely high and growing (on average 2,450 persons per square kilometer within 50 kilometers of city centers).

Coupled with historic underinvestment in transit infrastructure, these policies promote traffic congestion between the largely residential periphery and the commercial core. These policies have observable impacts on household and business welfare. For example, households in Bangalore, India’s third largest city, lose 2–4 percent of annual income due to higher transit and commuting costs. Indian businesses, too, face increased market-connection costs, with freight costs between metropolitan centers and their peripheries twice India’s national average—and five times that of comparable transit in the United States.

Because the SCI lacks a domestic regulatory and investment climate that is conducive to sustainable economic growth, the initiative faces an uphill battle for relevance. Outcomes can be improved by refocusing attention on the reform of India’s regulatory framework and deepening engagement with international financing bodies.

Reform of Indian land use policy, in particular FSIs, to promote higher-density inhabitation of urban centers will not only reduce transit congestion and transit costs for workers and businesses, but also allow for more energy-efficient delivery of municipal services. Improvements in service delivery must also be coupled with full-cost-recovery tariff structures to promote system development and expansion.

Improving the confidence of domestic and multilateral investors in Indian sustainability projects will prove more challenging, however. The Modi administration could start by strengthening regulation of India’s state-run banking system, feeding through to the corporate sector by promoting investment discipline and transparency. These domestic policy reforms, if regulated effectively, would go a long way toward achieving Prime Minister Modi’s vision of developing new or refurbished urban centers as “magnets of foreign investment, jobs, and symbols of efficiency.”

This article was originally published on the Worldwatch Institute and was republished with permission.