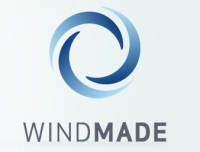 While future policy remains an uncertainty in many markets across the globe, a new organization is going straight to the source in an effort to create a vehicle for industry expansion.

Rather than rely on policymakers, WindMade is banking on consumers to lead the next wave of growth. To do that, they’re pulling back the lid on what type of energy was used by a company uses to create its products or to power its operation. That, they say, will give consumers a new incentive to choose which products to support. It will give corporations a chance to attach their names to something consumers value. And it will give wind energy producers new avenues to ensure growth.

They’ll do all this with a little label that will appear on products that line supermarket shelves, or as a logo displayed on corporate websites. The program is modeled on past successful labeling campaigns. Just as you know where to toss your recycling and whether the carrots you just bought are organic, wind energy producers are banking that you’ll want to know what type of energy — and how much — was used to make those products.

“For the first time, this allows consumers to make that choice. Energy can now be perceived by a consumer as an ingredient,” said Elizabeth Salerno, senior economist for the American Wind Energy Association and a WindMade committee member during the New York unveiling of the organization behind the campaign.

WindMade, a nonprofit group initially funded by Vestas Wind Systems, will be led by CEO Henrik Kuffner. A committee of industry experts has worked over the past year to develop its technical standard, which will allow certain companies to display and promote the WindMade label. Wednesday’s panel discussion, which coincided with Global Wind Day, opened the technical standard to a 60-day review period in which the interested and the curious can suggest changes to structure and compliance.

As it stands now, here’s how the WindMade process will work.

A corporation interested in carrying the WindMade label will have to meet a minimum standard of 25 percent wind energy. It can achieve this in one of three ways: 1) build a wind facility on site; 2) sign a long-term purchase agreement with a wind project; or 3) purchase Renewable Energy Certificates (RECs) and apply those credits toward their footprint. WindMade leaders are initially expecting the REC option to be the most popular, because it is the most readily available. Eventually, though, their hope is that corporations will strive for the benefits of owning wind power assets themselves.

Once the pricing structure is complete, a third party must verify each year that the corporation did indeed get at least 25 percent of its energy from wind power, either implementing wind energy to produce a specific product — this is when you’d see the label in a store — or using wind power at the organizational level, meaning the company itself uses 25 percent wind energy to power its operations. This is the scenario in which the label could appear on a corporate website.

The comment period will be open until Aug. 15, and the technical standards should be finalized by the fall. WindMade hopes companies will sign on soon after that — especially those who already meet the minimum requirements — and that products hit the shelves in early 2012.