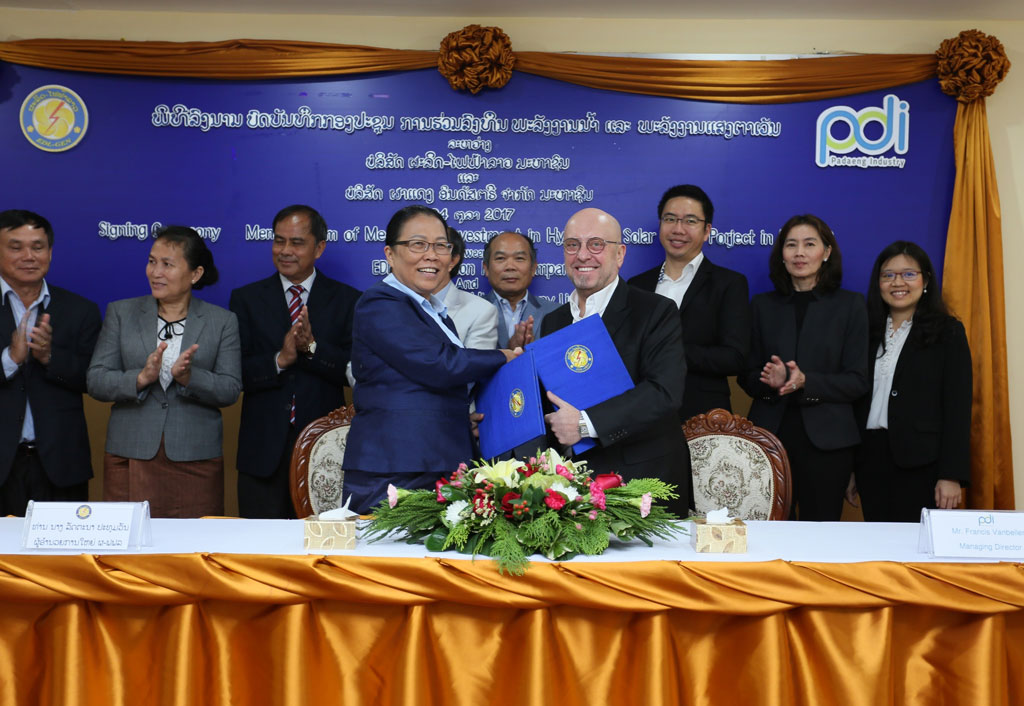 In hydro business news in Laos, Padaeng Industry Public Company Limited (PDI) has signed a memorandum of understanding with EDL-Generation Public Company to jointly invest in the 69-MW Nam San 3A and 45-MW Nam San 3B hydropower plants.

This appears to be part of PDI’s move toward green business and eco-efficiency.

The two hydro plants are in the Mekong River Basin in the Xieng Khouang province of Laos and have been in commercial operation for two years. They deliver electricity under a 27-year electricity sales contract with Electricite du Laos.

The investment objective is to help PDI attain solar and hydro power plants in Asia with a total capacity of up to 200 MW within two years, PDI says. PDI subsidiary PDI Energy has set its goal to take a major stake in both the Nam San 3A and Nam San 3B plants.

“The investment in two hydropower plants in Laos is in line with our strategy to expand the renewable energy business for PDI,” said Frances Vanbellen, managing director of PDI. “We expect to sign a share purchase agreement within 2017, and this will enable PDI Energy to operate several solar and hydro power plants in Asia with a total capacity up to 200 MW within only two years.”

PDI produces high-grade zinc metal and customized zinc alloys. In 2014, the company “reassessed its business structure in anticipation of a shift towards Green Business, with the objective to increase eco-efficiency and to foster sustainable growth.” In 2016, PDI announced it planned to cease its conventional zinc business by the end of 2017.

In a company update published in June, EDL said acquisition of these two new operating assets would involve a total investment cost of US$107 million, “translating to a reasonable acquisition cost of 1.2x PBV.” EDL said the two plants should contribute profit generation of US$6 million a year and generate an equity IRR of 8% to 9%.

EDL owns 10 hydropower plants with a total capacity of 619 MW and also has an equity share arrangement with several independent power producers with total hydro capacity of 512 MW.