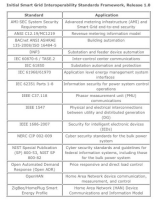 Washington, D.C., United States [RenewableEnergyWorld.com] U.S. Commerce Secretary Gary Locke and U.S. Energy Secretary Steven Chu announced the first set of standards for the interoperability and security of the Smart Grid and US $10 million in Recovery Act funds provided by the Energy Department to the Commerce Department’s National Institute of Standards and Technology to support the development of interoperability standards.

Secretary Chu also announced that based on feedback from the public and Smart Grid stakeholders, the Department of Energy is increasing the maximum award available under the Recovery Act for Smart Grid programs.

The maximum award available under the Smart Grid Investment Grant Program will be increased from $20 million to $200 million and for the Smart Grid Demonstration Projects from $40 million to $100 million. In making awards, DOE will ensure that funding is provided to a diversity of applications, including small projects as well as end-to-end larger projects.

The initial batch of 16 National Institute of Standards and Technology (NIST)-recognized interoperability standards announced will help ensure that software and hardware components from different vendors will work together seamlessly, while securing the grid against disruptions, the Secretaries said.

Spanning areas ranging from smart customer meters to distributed power generation components to cybersecurity, the list of standards is based on the consensus expressed by participants in the first public Smart Grid Interoperability Standards Interim Roadmap workshop, which is outlined below.

The Energy Department also announced that the $10 million it received to support the development of interoperability standards under the American Recovery and Reinvestment Act has been transferred to NIST to help accelerate their efforts to coordinate these critical standards.

Public comments on the initial standards will be accepted for 30 days after their upcoming publication in the Federal Register. Comments may be submitted to smartgrid@nist.gov.