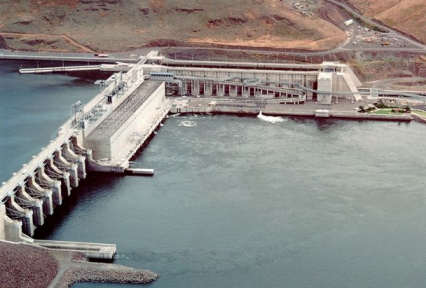 The co-lead agencies for the Columbia River System have identified the Preferred Alternative of the Final EIS as the Selected Alternative in its Record of Decision (ROD), meaning the four previously contested Lower Snake River Dams – Ice Harbor, Little Goose, Lower Granite and Lower Monumental – will continue to operate and produce electricity.

The co-lead agencies (the U.S. Army Corps of Engineers, Bureau of Reclamation and Bonneville Power Administration) share responsibility and legal authority for managing the federal elements of the CRS. These three agencies coordinate operation of the CRS and worked together to develop this EIS. The Corps and Reclamation develop operating requirements – the limits within which a reservoir or dam must be operated — for their projects. Within these operating limits, BPA schedules and dispatches power.

The CRSO EIS was completed considering the input and assistance of the multiple cooperating agencies with special expertise and authority over the resources evaluated. The co-lead agencies provided for public and stakeholder review beginning with scoping and continuing throughout the National Environmental Policy Act (NEPA) process.

As part of the CRSO EIS, the agencies considered six alternatives to Columbia River System operations, maintenance and configuration. The agencies analyzed the effects of these alternatives on the human environment, including environmental, economic and social impacts. On Feb. 28, 2020, the co-lead agencies released for public comment the Draft CRSO EIS describing the effects of these alternatives and identifying the agencies’ Preferred Alternative. The 45-day public comment period ended on April 13, 2020. The co-lead agencies released the Final EIS on July 28, 2020, and this joint Record of Decision on Sept. 28, 2020.

The agencies conferred with tribes; public interest groups; the Northwest’s Congressional delegation and governors; stakeholder groups; and federal, state and local public service agencies. The co-lead agencies also closely read, considered and responded to the public comments. The agencies considered the effects of making this decision and sought to provide a balanced approach and the flexibility needed to continue operations and maintenance of the CRS.