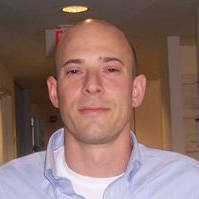 How can you tell when a politician in Washington isn’t telling the truth? When they claim that the cost of capping carbon emissions and reducing foreign oil dependence will cost American families “$3,100.”

It’s become Talking Point Number One for opponents of action on climate change. Problem is, it’s entirely made up — so don’t get fooled. Ask where that number comes from.

The claim that The American Clean Energy and Security Act, with its cap on carbon pollution, will cost families “$3,100” was first made in a March press release from the National Republican Congressional Committee. The NRCC said its number was based on an MIT analysis of cap and trade legislation.

Here’s what John Reilly, the author of the MIT study told Politifact about the NRCC’s claim: “It’s just wrong. It’s wrong in so many ways it’s hard to begin.”

In two recent letters to House Republican Leader John Boehner, MIT’s Reilly asked that the NRCC stop using the “misleading” figure, noting that MIT’s estimates are less than one thirtieth of what the NRCC is claiming. “A correct estimate of that cost … for the average household just in 2015 is about $80 per family, or $65 if more appropriately staed in present value terms discounted at an annual 4% rate,” he said.

Reilly also pointed out that the MIT study is an “old analysis that is not well calibrated to either current legislative proposals or U.S. economic conditions.” That’s important because the legislation now under debate in the House is expected to take further steps to ease cost impacts on consumers.

So why do opponents of cap and trade keep saying it will cost thousands? Either they are ignoring every credible analysis, or they’re very bad at math.

If they cite a study claiming astronomical costs, be sure to ask three key questions:

According to an EPA analysis of the American Clean Energy and Security Act, an ambitious cap on carbon pollution can be met for as little as $88-$140 per household per year over the life of the program – or about a dime a day per person. The Congressional Budget Office just finished a separate analysis and got similar results. Both studies show we could get all the benefits of a carbon cap for less than the cost of a postage stamp per day per family.

EPA’s analysis sets the gold standard by using two of the most credible, transparent, and peer-reviewed economic models available. It’s not a crystal ball, but it shows clearly that household costs will be modest under a well-designed carbon cap.

Tony Kreindler is National Media Director with the Environmental Defense Fund. Prior to joining EDF he served as president of an industry-leading publishing company and spent more than a decade covering politics and policy as a reporter and editor in Washington, DC.

Founded in May 2002, Environmental Defense Action Fund is at the forefront of educating legislators about developing new solutions that protect the natural world while growing the economy. Through grassroots and direct lobbying, EDAF amplifies Environmental Defense Fund’s ability to champion laws that are based on science, economic incentives and, above all, the protection of our environment.