More
Home Baseload Cleantech 2012 Election Preview: What Can We Expect? 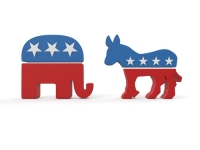 President Obama has been a reliable advocate for the cleantech sector, but his ability to deliver tangible benefits is not what it was in 2008. Energy legislation is a significant piece of unfinished business from the administration’s first term, but polls suggest it is not a high priority among voters. In a recent survey, likely voters ranked energy policy the 9th most important issue from a list of 10 choices. And even if energy becomes a higher political priority, the debate will likely be shaped by deficit concerns and developments in the natural gas industry.

Governor Romney previously supported several cleantech segments as a Massachusetts politician, but his federal views are inline with the Republican Congress that favors fossil fuels. Romney’s potential control of federal agencies including DOE, EPA, and Interior would be a positive for traditional energy and an indirect negative effect on cleantech. The silver lining for cleantech companies is that President Obama failed to pass an energy bill and therefore they don’t have much Romney could take away.

Keeping a Democratic Senate is important. Regardless of who wins the White House, cleantech would be better off with a friendly majority in at least one chamber of Congress. First, it makes it easier to originate tax credit extension bills. The chamber can also originate larger bills, but those would be mostly symbolic gestures or blueprints for a future Congress. Keeping a Democratic Senate will also be critical for blocking any legislation that curtails subsidies, such as VP candidate Paul Ryan’s 2011 attempt to rescind $14 billion from the loan guarantee program. There won’t be as much to cut in 2013 since the loan guarantee program funding authority expired, but the DOE still has a sizable budget for other cleantech initiatives.

Solar and other distributed generation technologies are best positioned for the election. While Governor Romney and Congressman Ryan do not support tax credits for renewables, neither has proposed curtailing existing programs. The Investment Tax Credit (ITC) used by several distributed generation technologies is good until 2017, and since it is based on a percentage of system cost, the per-unit cost to the taxpayer declines as the industry reduces manufacturing costs. This is significant for solar where panel prices have fallen over 80 percent since 2008. We expect the U.S. solar market will continue to grow over the next several years as states look for other ways to satisfy RPS requirements and investors become more comfortable the technology. Residential financing platforms are presently expanding at a particularly fast pace. Other distributed generation technologies including fuel cells and small wind could benefit as well from this subsidy certainty, but none currently have scale and momentum comparable to solar.

Energy efficiency and clean transportation are also well positioned. Since the Solyndra bankruptcy, investors shifted attention to companies with less subsidy risk. Clean transportation companies commercializing natural gas vehicle technologies have been a bright spot for the sector. The investment thesis here is based on the economics of lower fuel costs, independent of subsidies. The same is true for energy efficiency companies including those manufacturing and installing next generation building materials and appliances.

Utility-scale wind is the least prepared technology to weather a Romney Administration. The industry’s most important subsidy, the Production Tax Credit (PTC) is set to expire at the end of 2012.  Since wind is the largest renewable electricity industry, its subsidy is the most expensive; Congress estimates a one year-extension would cost taxpayers $12.1 billion.

Efforts are underway to secure a one-year extension during a lame duck session later this year. However, damage has already been done to the 2013 market because of long lead-times associated with wind farms, and only a one-year extension would likely harm the 2014 market as well. The worst-case scenario is if Congress fails to extend the PTC and Romney wins the White House. He is publicly opposed to extending the PTC, despite the issue’s importance in the swing state of Iowa. If the PTC expires, we would expect a handful of states to relax their Renewable Portfolio Standard (RPS) because it would effectively increase compliance costs to ratepayers. Utilities may also give more attention to renewables with a longer subsidy runway; biomass and geothermal projects can rely on the PTC until the end of 2013, and several distributed generation technologies can rely on the ITC until 2017.

Certain biofuels are slightly vulnerable this election. Cellulosic ethanol and biodiesel face tax credit uncertainty similar to wind because these extension proposals are in the same bill. The biofuels industry also enjoys federal mandates on blenders for increasing use through 2022. This mandate could become politically vulnerable though, since certain technologies have failed to commercialize as fast as legislators expected when they set targets in 2007. While biodiesel capacity is exceeding initial expectations, there are effectively zero gallons of cellulosic biofuel capacity to meet a mandate of 500 million in 2012 and 1 billion in 2013. Despite the shortfall, blenders are still required to pay a penalty for failing to meet mandated volumes. If the industry’s commercialization efforts continue at the current pace, companies will need as many friends in DC as possible to keep their incentives intact.

The government’s portfolio of cleantech companies is a concern. The unsuccessful DOE loan guarantee for Solyndra and the ensuing reaction by the Republican Party did significant damage to the cleantech sector’s influence in DC. It caused numerous politicians to withdraw their support for the sector and is being used by the Romney campaign to pressure President Obama. We note that the majority of funds from the DOE loan guarantee program were spent on relatively low risk solar power plants that are now under construction, not panel manufacturing facilities. However, this fact is unlikely to affect public opinion and the bankruptcy filings we expect to see by additional government funded cleantech companies will further weaken the sector’s position in DC.

Key take away: The 2012 election is not as important for cleantech as was 2008. Wind and biofuels have more downside than distributed generation, energy efficiency and clean transportation. However, the policy upside that was on the table in 2008 is no longer possible. Fortunately, companies in the space are adapting and in many cases thriving without government support.

At Solar Power-Gen in San Diego, California next February, Robert Lahey will be moderating a session entitled: “2013 & Beyond: Which States and Policies will Drive Market Opportunities.”