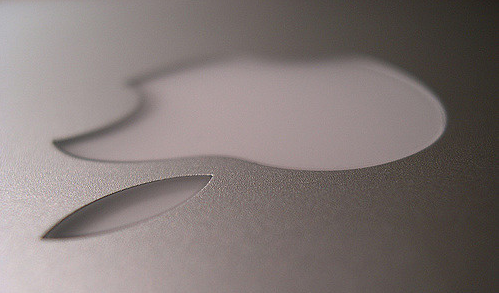 “How green are you?” is a question today’s companies field from all directions. Consumers want assurance that their dollars are going to sustainably responsible brands, potential employees want to know that their future employers care about social initiatives, and investors want to see to it that their investment recipients don’t fall too far behind public demands and expectations. Although most companies today see the immense value in adopting energy-efficient behaviors, they’re also aware of the high cost that accompanies the sustainable transition.

Thanks to a 24/7 all-access digital environment, the public has more information about brand action than ever before. While in some senses this increased accessibility works in company’s favors, it also raises the stakes. Corporations cannot afford to simply talk about public action and environmental initiatives, they have to prove their commitment. Edelman’s annual Trust Barometer survey found that more than half of all polled participants believe today’s collective system (government, business, NGO, and media) has failed them.

Consumers are not willing to blindly trust organizations based on their promises — they’ve been burned too many times in the past and have learned that lesson the hard way. This steady decline in trust is compounded with environmental issues that the greater public will not ignore — the rise in carbon dioxide concentration and global temperatures. The public knows that government environmental action does not provide an overnight solution due to disparaging beliefs and debates. However, corporations, do have the power to make immediate and significant impacts on the state of the world.

The same Edelman report found that 75 percent of consumers expect businesses to take action to improve social and economic conditions. Essentially, corporations have everything to lose by not taking specific strides to clean up their footprints; not only does the planet depend on their involvement, but their overall consumer relationships do so as well.

Luckily, some of the most prominent companies across the world are leading the charge in the clean energy movement. In 2014, global corporations joined The Climate Group, CDP and We Mean Business to create the RE100 initiative — a movement dedicated to achieving 100 percent clean energy from renewable sources. Corporations including Coca-Cola, Goldman Sachs, and GM have all committed to the movement, and have already made significant strides in reaching the goal.

Fortune 500 companies taking the reins on sustainable innovations is the first step. But in order for widespread clean energy to become a reality among all companies, not just those who dominate media coverage, organizations have to be transparent about their initiatives.

In 2016, Apple claimed to use 100 percent renewable sources of energy, citing zero greenhouse gas impact from their data centers. While this claim was lauded, it was also disputed. Some felt that Apple wasn’t coming totally clean about their global energy usage, especially given their coal power manufacturing sites. Apple had already taken great strides to clean up their energy usage, but at that time, they weren’t being totally transparent about all of the ways in which the company consumes energy.

Now, Apple is a massive global entity; no one expects a company of this magnitude to instill 100 percent renewable processes and infrastructures overnight. However, the public does expect (and rightfully so) 100 percent transparency. Since then, Apple has joined the RE100 movement and has even come out on top of Greenpeace’s clean energy report. This past year the tech powerhouse also completed construction on a 50-MW solar farm in Arizona to power their data command center. Apple’s public commitment is paving the way for an open dialogue around corporate responsibility and authenticity.

Following the lead of other companies, oil and gas corporations are also joining the movement. In fact, Shell’s CEO recently pledged a $1 billion per year investment in renewable energy solutions. In his announcement, the CEO even went as far to say that “if we are not careful with all the good intentions and advocacy we have, we may, as a sector and a society, not make the progress that is needed.”

Corporate leaders know that the time has come and gone when organizations can initiate things at half-mast or disclose only some of their energy endeavors; companies across industries and country borders must be all in on the renewable energy movement or else risk the permanent loss of public trust.

Although many corporations have taken significant strides in shrinking their carbon footprints, there’s still progress that needs to be made. Some are taking small steps, like switching to LED light sources (which also helps mitigate workplace distractions) and swapping out toxic cleaning chemicals; and while these are also important steps, they are not enough to satiate socially conscious employees or consumers. But no company, big or small, can afford to put off sustainable initiatives, because the public now demands action and transparency. People want to see real environmental progress, and it can start with corporate initiatives.