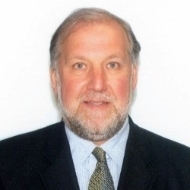 A recent round of bids for utility-scale solar plants in China broke the 1 Yuan per kWh ($0.15 per kWh) threshold, highlighting the government’s push for clean energy at all costs. Lou Schwartz, China Strategies, discusses costs and the role of renewable power in China’s plans. Article from RenewableEnergyWorld.com

(September 23, 2010) — A recent round of bids for utility-scale solar plants in China broke the 1 Yuan per kWh ($0.15 per kWh) threshold, highlighting the government’s push for clean energy at all costs. Lou Schwartz, China Strategies, discusses costs and the role of renewable power in China’s plans.

The late-August round of bids for utility-scale solar power projects in China yielded a new milestone in the economics of solar power in China: a sub-Yuan/kWh price for solar power. To achieve this impressive number, the Chinese government has used the state-owned sector (and particularly enterprises under the direct control of the central government) to help subsidize the price of solar power, to the point where the economics appear to be unsustainable.

Beijing also appears to have decided — at least for the time being — that large-scale development of solar power will occur more rapidly through a coordinated effort led by a rather short list of government-controlled enterprises.

In its own way, this is China weighing in on the recent R&D vs. government funding debate featured on “Dot Earth” between Richard Rosen of the Tellus Institute and Microsoft’s Bill Gates. China is clearly arguing that marshalling the resources of the state in the form of huge government subsidies for solar power should trump market- and innovation-driven solutions to reduce its cost.

Whether there is a price point at which China’s private sector will be able to participate in utility-scale solar power development remains a question. Also in question is whether the much anticipated innovation culture that the Chinese have said that they are intent on building will contribute in a significant way to the development of solar power in China absent a meaningful incentive for that innovation to occur.

The Chinese certainly are displaying their eagerness to scale up domestic use of solar energy, while driving down its cost. Winning bids for the 13 new projects (totaling 280 MW) ranged from US $0.10 per kWh (0.7288 Yuan/kWh, which equals $0.107/kWh@ 6.8 Yuan/$1) at the low end, to US $0.15 per kWh (0.9907 Yuan/kWh equal to $0.146/kWh) on the high end. These bids were approximately one-third lower than the bids that came in last year for the first utility-scale solar power plant, a 10-MW plant to be located in Dunhuang, Qinghai Province.

The 2009 Dunhuang solar PPA price subsequently was adjusted upward to 1.15 Yuan/kWh ($0.169/kWh) from the original successful bid of 1.09 Yuan/kWh. Based on the estimates of component, labor and financing costs for solar power development in China, it would not be surprising if the final prices per kWh for the most recent round of solar PPAs also were adjusted upward.

So, even though these prices may indicate that solar power will be produced in China for less than 1 Yuan/kWh as early as 2012, it is quite possible that the final price will not be as aggressive as the winning bids suggest.

And even though there are incentives for Chinese companies to bid as low as they did, including the desire to build a brand, realize required emissions reductions, gain recognition for being socially responsible and learn the economics and technology of solar power development, according to Li Junfeng, the Deputy Director of the Energy Research Bureau of the National Development and Reform Commission, projects in this most recent round of PPAs are not be expected to be profitable for 17-18 years. It’s no surprise, then, that the successful bidders primarily are enterprises under the direct control of the government, because other companies would not be able to persevere over such a long period without earning a profit.

As you might expect, this second round of bids resulted in serious grumbling among private enterprises that were among the bidders, including prominent PV firms as Suntech and LDK. They complained that they are unable to compete with their state-owned counterparts. One executive remarked, “Only central government enterprises that do not have funding pressures could operate at these price levels.”

Despite soothing assurances from officials at the China Renewable Energy Institute and elsewhere that as soon as the price of solar power drops enough, there will be room for everyone to enter the market, it is not clear that the private sector will ever be able to get in, especially if they will always be up against government-controlled enterprises.

[Editor’s note: Last week Lou Schwartz made clear his concerns about the United Steelworkers complaint against China in Surprise, Surprise China is Promoting Its Solar Industry.]

Lou Schwartz, a lawyer and China specialist who focuses his work on the energy and metals sectors in the People’s Republic of China, is a frequent contributor to Renewable Energy World. Through China Strategies, LLC, Lou provides clients research and analysis, due diligence, merger and acquisition, private equity investment and other support for trade and investment in China’s burgeoning energy and metals industries. Lou earned degrees in East Asian Studies from Michigan and Harvard and a J.D. from George Washington University. He can be reached at lou@chinastrategiesllc.com.