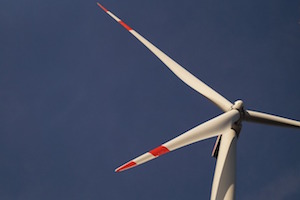 China’s National Development and Reform Commission, Ministry of Finance and National Energy Administration recently jointly announced a pilot program for the issuance of green certificates to renewable energy producers coupled with a trading scheme running on a voluntary basis across the country. The proposed green certificate has attracted wide attention across the industry with several companies confirming the purchase of the green certificates to evidence their use of clean energy.

The voluntary-based green certificate aims to resolve the renewable energy subsidy gap and ease a tightened capital flow among clean power producers. Government-provided data showed that by the end of 2016, the subsidy gap had reached roughly 60 billion yuan (US$8.7 billion). The gap is expected to increase to over 300 billion yuan (US$43.7 billion) by 2020, before a new subsidy system comes online. China Renewable Energy Engineering Institute deputy dean Yi Yuechun said, “It is not feasible to increase tariff surcharges substantially in the future as China is reducing the costs for businesses engaged in the real economy. It is increasingly obvious that the existing new energy tariff system cannot keep up with the development of clean power.”

A recent green certificate-themed meeting brought together governmental organizations, research institutions, power grid firms, new energy companies and large manufacturers, including some from abroad, who are consumers of energy on an industrial scale, among other stakeholders, to discuss issues surrounding the certificates.

At the event, some participants expressed their concerns that solar power producers may benefit less from the sale of green certificates than wind producers as the power generation costs of solar systems are significantly higher in relation.

Yuechun said, “The reason for developing the same certificate standard for both wind and solar is that the rapid development of solar technologies will accelerate the cost reductions already taking place across the sector. During China’s 13th Five-Year Plan, the government-driven road map of the economy spanning 2016-2020, solar technologies are expected to make greater progress in comparison to wind.”

Solar producers currently receive a benchmark tariff of 0.65-0.85 yuan (US$0.09-0.12) per kWh, a rate that is proving quite beneficial to their bottom lines, yet they will face higher costs in connection with the sale of green certificates. By contrast, the benchmark tariff for wind systems is 0.4-0.57 yuan (US$0.06-0.08) per kWh, translating into lower costs for the certificates. Some companies participating in the meeting said buyers would prefer electricity generated by wind systems due to the lower costs when both solar and wind installations are located in the same resource area. Moreover, the solar tariff varies by location, which will partly impact the buyers’ decision making at the local level.

In addition, a quota system is necessary as a means to boost the effectiveness of the green certificates. At the meeting, some industry players indicated that the green certificates are just part of the solution for the subsidy gap, explaining that three other important measures need to be implemented:

Liang Zhipeng, Deputy Director at the New Energy Department of the National Energy Administration, said that substantial preparatory work needs to be undertaken before the formal launch of the green certificates on July 1, especially in terms of the negotiations with buyers. Power producers have expressed their interest in selling the certificates.