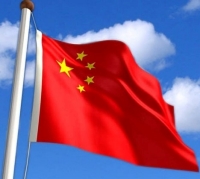 NEW YORK, N.Y. A month of turmoil at China Hydroelectric Corporation has led to the removal and replacement of a number of the company’s top executives — including former chief executive officer John D. Kuhns — HydroWorld.com has learned.

The impetus for the turnover is not clear, and HydroWorld.com reported in June that the company had reported record profits through the first quarter of 2012.

HydroWorld.com also reported Aug. 29 that James Tie Li had resigned from the New York City-based company on the same day CHC announced it had received a request for an extraordinary shareholder meeting.

Li said, however, that his decision to leave CHC was unrelated to the pending extraordinary shareholder meeting.

Records show that Kuhns, who founded China Hydroelectric, followed this announcement by filing a complaint with the U.S. Securities and Exchange Commission on Sept. 6.

According to the complaint, the minority group had called its own extraordinary general meeting for Sept. 28, the purpose of which would be “attempting to acquire control of the Company by seeking to replace all members of the Board not located in the Peoples’ Republic of China (PRC) with their own nominees, as well as removing the senior executives and founders of the Company.”

Specifically, Kuhns’ complaint said that the minority group was acting in violation of Section 13(d) of the Securities Exchange Act of 1934 by failing to file accurate disclosures required under federal security laws on a timely basis.

The complaint was received by U.S. District Judge Jarold Baer of the U.S. District Court for the Southern District of New York on Sept. 10, who signed an Order to Show Cause. China Hydroelectric’s preliminary injunction hearing was set for Oct. 4.

In the meantime, Kuhns issued letters to the company’s shareholders Sept. 12 and 13, in which he described the minority group as “insurgents” who have “no experience operating or managing business of any kind, let alone hydroelectric plants located in the People’s Republic of China.”

Kuhns’ letter written Sept. 13 says the minority group alleged the board and management “have failed to turn around our stock price, have failed to address liquidity issues, spend too much on general and administrative expenses,” and “suffer from conflicts of interests.”

The parties appear to have come to an agreement, however, as China Hydroelectric issued a release Sept. 21 saying that the corporation had dismissed the complaint “without prejudice as a precursor to the Company and the Shareholder Group entering into good faith negotiations to resolve the current proxy dispute.”

The company announced it and its shareholders had entered into a “settlement agreement” during a Sept. 28 meeting, at which point Kuhns and other executives were replaced with those selected by a 66.8% vote amongst ordinary shareholders who voted at the meeting.

China Hydroelectric had previously announced its annual general meeting for Oct. 19, although the company says it will be rescheduled for undetermined later date.

“We are pleased that this matter has been resolved and look forward to working productively to address the issues facing the company,” said new board member Gupta. “We believe that the agreed upon resolution of the election contest delivers a clear result that will allow a smooth transition and permit the new board to focus its full attention on implementing a strategic plan and delivering value to shareholders.”

Kuhns did not respond to a request for comment.

China Hydroelectric is an owner and operator of small hydroelectric projects throughout China, with a total combined capacity of 548 MW spread across 26 hydropower facilities.