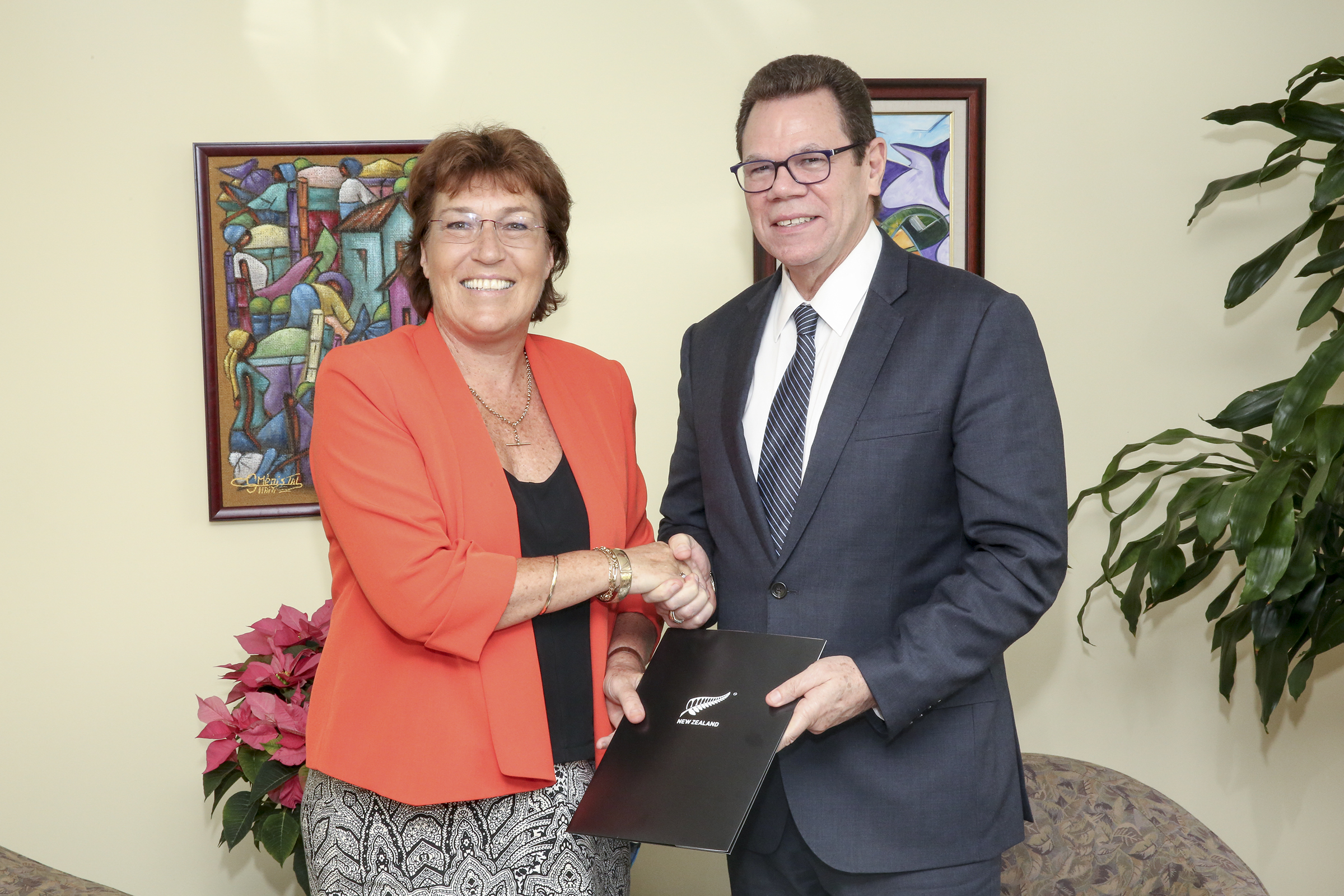 The Caribbean Development Bank (CDB) last week said that it has formally confirmed its ongoing partnership with the Government of New Zealand in support of geothermal energy development in the Eastern Caribbean.

The CDB said that, on Dec. 12, New Zealand High Commissioner, Her Excellency Jan Henderson met with CDB President William Warren Smith to discuss progress on the implementation of the CDB GeoSMART Initiative, which has been receiving technical support from the Government of New Zealand.

“New Zealand recognises renewable energy as a key enabler of sustainable economic development and a high priority for Small Island Developing States, and works with partners in the Caribbean to expand access to affordable, reliable, and renewable energy,” Henderson said.

The GeoSMART Initiative was developed by CDB to provide appropriate and responsive financing to hasten sustainable geothermal development in the Eastern Caribbean. By way of a Letter of Intent, New Zealand confirmed its support for the Initiative through the provision of specialist drilling, geoscience and engineering advisory services.

“CDB welcomes the support and partnership of the Government of New Zealand, as we work towards transforming the energy sector in the Caribbean,” Smith said. “The CDB GeoSMART Initiative taps the significant potential of geothermal energy to substantially accelerate progress in the shift to affordable and clean energy throughout the Eastern Caribbean.”