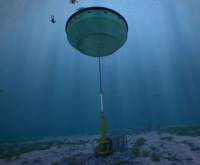 The marine and hydrokinetic (MHK) test bed, located off the coast of Cornwall, England, has the potential to generate as much as 30 MW of energy.

The Australia-based said it plans to deploy up to three of its 1 MW CETO 6 generating units at Wave Hub in 2016, with the option to expand its installation to 10 MW.

HydroWorld.com reported in March that Carnegie had received a US$18.2 million loan from Australia’s Clean Energy Finance Corporation to accelerate the final stage of CETO 6’s development.

The company is currently installing a CETO 5 system at Garden Island in Western Australia for the Department of Defence. Carnegie and partner Triton Renewable Energy also completed tests of a CETO unit off Bermuda’s south shore in May 2012.

Already announced as having secured Wave Hub’s other two spots are the United Kingdom’s Seatricity and Finland’s Fortum.

“It’s great to see the berths at Wave Hub fully booked, and a credit to the government for establishing it and taking it forward,” RenewableUK Wave and Tidal Manager Dee Nunn said. “With this and the developments in Orkney at the [European Marine Energy Centre] site and [National Renewable Energy Centre] in Northumberland, the UK is powering on as the world leader in wave and tidal energy.”

Nunn said the UK’s MHK market could be worth as much as US$1.33 billion by 2035, with every pound invested by the government resulting in six from the private sector.

“We don’t want to be in the position where we develop the technology but another country benefits from the large-scale manufacturing,” Nunn said.

This article was originally published on HydroWorld and was republished with permission.