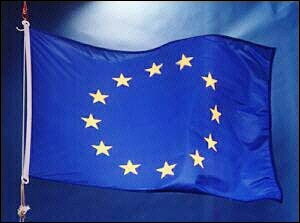 A new report out of Europe confirms what entrepreneurs here have been saying for some time.

The way to greater growth and job creation lies with higher targets for reducing greenhouse gases, and higher investments in renewable energy.

The report from Germany’s Potsdam Institute of Climate Change Research says increasing the EU’s target 2020 greenhouse gas reductions from 20% to 30% could create an additional 6 million jobs there, boosting GDP by $840 billion through increased investment.

While most economic models are based on a stable equilibrium, the report says the recent financial crisis, which dramatically changed expectations, shows different assumptions can directly impact economic results, creating self-fulfilling prophesies.

Lead author Carlo Jaeger, who got help from Oxford, the Sorbonne, the National Technical University of Athens, Greece, and the European Climate Forum in putting together the report, put it this way.

“By credibly engaging on the transition to a low-carbon economy through the adoption of an ambitious target and adequate policies, Europe will find itself in a win-win situation of increasing economic growth while reducing greenhouse gases.”

A second challenge is being laid against the oil industry’s claim that increased natural gas production from hydraulic fracking has no economic cost. A new EPA report shows the dangers are much greater than commonly assumed  and a confidential study by industry shows groundwater can be made permanently radioactive by the technique

Unlike the European study, which involves theories about the future, the new reports indicate permanent damage from fracking, happening now, perhaps in the water your kids drink.

So the assumptions of the gas industry that there is little danger from fracking are wrong, while a new analysis shows the shift to renewable fuels actually increases growth and job creation.