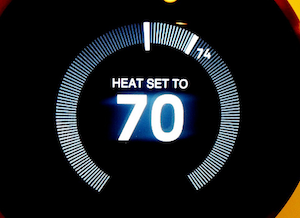 According to Malini Girdhar, vice president, market development, public & government affairs at Enbridge Gas Distribution, her company is interested in developing geothermal heating and cooling solutions in Ontario and offering those solutions to homeowners. There are two key drivers for the company’s interest. First, Ontario has aggressive carbon-reduction goals and second, there is a significant heating load in the region.

Ontario is already using a good chunk of renewables, and the province shut down the last of its coal plants in 2014. However, the heating load is still met mostly with gas, propane and oil.

“Moving to all-electric heating does not make sense across the board because of the cost implications but geothermal is very attractive to us in meeting the energy needs of the region,” said Girdhar in an interview.

The company plans to target the new construction market first.

Because it is a regulated company, Girdhar explained that Enbridge could “rate-base” the up-front cost of installing the geothermal loops underground, spreading that cost over a much longer period than homeowners could do on their own.

“If we can put it in our rate base, we can spread that over 40 years so that brings the cost down significantly,” she said, adding “because natural gas is so much cheaper you’ve got to use every means at your disposal today to bring that cost [of geothermal] down.”

Girdhar estimates that there are approximately 40,000-50,000 new housing units constructed in Ontario annually.

“So getting a small portion of them initially just to demonstrate the technology, the market, and get user acceptance and then grow from there, we think over the next 10 years it should become quite viable,” she said.