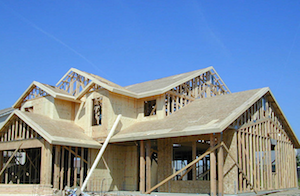 California State Sen. Scott Wiener on Dec. 9 introduced legislation that would require the installation of solar power — PV or water heating — on new residential and commercial buildings constructed in California.

San Francisco passed a similar law last April. Wiener, who took office in December 2016, also authored the San Francisco legislation. This new law would be the first of its kind at a state level.

“Our environment and our future generations need us to act now, especially as a wave of climate change deniers invade Washington as part of the new presidential administration,” Wiener said in a statement. “Climate change is real, and we must reverse course from the polluting energy practices that got us here, not double down on dirty power. California can — and will — remain the national leader in building a clean energy future, and solar power is critical in moving us down that path.”

Existing California law requires that 15 percent of the roof area on all new small and mid-sized buildings be “solar ready.” This requirement means the solar-ready area of the roof must be unshaded by the proposed building itself, and free of obtrusions. The new state law would apply to new residential and commercial buildings of 10 floors or less, according to Wiener’s office.