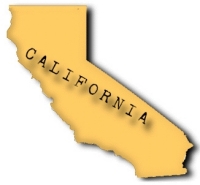 WASHINGTON, D.C. — In a report to the state legislature released Feb. 3, the California Public Utilities Commission (CPUC) said that in 2011, the state recorded its largest increase in renewable generation since the beginning of its ambitious Renewable Portfolio Standard (RPS), and that the cost of electricity from new renewable energy projects is dropping.

The CPUC said more than 830 MW of new renewable capacity, all of it wind and solar, came online in 2011 and the state’s large investor-owned utilities served 17 percent of their collective electricity demand with renewable energy in 2010.

More importantly, though, the agency said the price for electricity in newly signed contracts has dropped about 30 percent from peak levels reached in 2009-2010, when the utilities were racing to meet the RPS’s first deadline (20 percent of their electricity from renewable energy by 2010).

Commented the CPUC, “The weighted average time-of-delivery adjusted costs of all contracts approved ranged from 5.4 cents in 2003 to 13.3 cents per kilowatt-hour (kWh) in 2011; the weighted average of all contracts approved in this time period was approximately 11.9 cents/kWh. Most recently, bids from the 2011 RPS Solicitation, not yet available for inclusion in the report, show significantly lower costs, which will be reflected in future investor-owned utility contracts. Furthermore, contracts approved in 2011 represent contracts that began negotiations in 2009, and the renewable market has matured significantly since then, meaning that prices in future years will be lower still. The overall picture is that the renewable market is robust, competitive, and has matured since the start of the RPS program. Based on the current 2011 RPS Solicitation, costs are decreasing, making renewable energy more competitive with fossil fuels.”

Indicative of just how robust the renewables market is, the report states:

Carl Levesque is the communications editor at AWEA. This article first appeared in the AWEA Windletter and was reprinted with permission from the American Wind Energy Association.