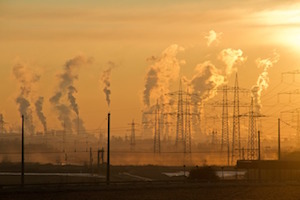 Last week, a 2-1 decision by the Third District Court of Appeal in Sacramento upheld California’s program to reduce carbon emissions. California’s controversial and signature cap-and-trade program creates a firm limit on carbon emissions and auctions allowances that permit companies to release greenhouse gases into the atmosphere. Covered entities are generally large emitters of greenhouse gases, who under the program must surrender emissions allowances or offset credits to cover their emissions, or face monetary penalties or other negative consequences. Auctions are a key component of how California expects to meet its targets to reduce emissions to 1990 levels by 2020, and 40 percent below 1990 levels by 2030.

On the one hand, the California Air Resources Board, who administers the program, argued that it was within their regulatory authority to require companies to buy allowances to release greenhouse gases into the atmosphere and also rejected the argument that auctioning carbon allowances constitutes an unlawful tax. On the other hand, the California Chamber of Commerce and Morning Star, a Woodland-based tomato processor, claimed that the cap-and-trade program was an unconstitutional tax in that it violates the two-thirds supermajority vote requirement of Proposition 13, since the underlying statute, A.B. 32, was adopted in 2006 with a simple majority. (Cal. Const., art. XIII A, § 3.).

To the issue of being an illegal tax, the Court laid out that the “hallmarks of a tax are: 1) that it is compulsory; and 2) that the payor receives nothing of particular value for payment of the tax, that is, the payor receives nothing of specific value for the tax itself.” However, here the Court found that the “purchase of allowances is a voluntary decision driven by business judgments as to whether it is more beneficial to the company to make the purchase than to reduce emissions. Reducing emissions reduces air pollution, and no entity has a vested right to pollute.” Accordingly, the Court stated that “[t]hese twin aspects of the auction system, voluntary participation and purchase of a specific thing of value, preclude a finding that the auction system has the hallmarks of a tax.”

In his dissent, Justice Harry E. Hull concluded that the cap-and-trade program does amount to a tax as the purchase of credits for covered entities is not fully voluntary, the “auction credits do not confer property rights in the nature of a commodity or otherwise” and the “use of the auction proceeds, a hallmark, if not the gold standard, for determining if a state exaction is a tax must be considered.”

Parissa Florez focuses her practice in environmental and energy law, emphasizing land use, environmental due diligence, the California Environmental Quality Act (CEQA) permit approval process, municipal law, and land use and environmental litigation. Prior to joining the firm, she was a clean tech policy intern for the U.S.-China Green Energy Council where she worked on current policy, legislation and trends in clean tech and green energy. Parissa was also a Green Policy and Leadership Intern at Green For All working under Van Jones to collaborate on key provisions to be entered into the 2009 Climate and Energy Bill passed through the House of Representatives.

This article was originally published by Stoel Rives and was republished with permission.