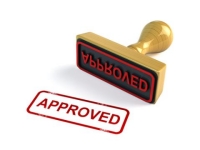 WASHINGTON D.C. — On June 23, the California Assembly Committee on Utilities and Commerce approved SB 1139 by a 8-5 vote and now heads to Assembly Appropriations Committee. The bill requires energy retailers to procure a combined 500 MW of geothermal power by 2024, and has been passed in the Senate.

In a press release, co-author of the bill Senator Ben Hueso (D-San Diego) said: “SB 1139 has the potential to generate $38M per year in local revenue, hundreds of high paying jobs and investments toward meaningful economic development. All of these benefits, resilience, and reliability to our current energy system for a small procurement of less than 1% of the current energy portfolio,” said Senator Hueso. “This bill creates the kind of smart development needed in California to produce jobs, protect against fuel price increases and reduce greenhouse gas and fossil fuel emissions.”

Assemblymember Manuel Pérez (D-Coachella), co-author of the bill, commented: “It has taken a lot of effort and education to advance this measure,” explained Pérez. “Californians are still learning about the benefits of geothermal – its ability to provide base load power with nominal greenhouse gas emissions makes it a great choice for filling the gap created by the closure of San Onofre, while enabling the state to stay on track with our emissions reductions goals,” said Assemblyman V. Manuel Pérez. “At the local level, the development of geothermal resources will create jobs for our Coachella and Imperial Valley communities as well as potential financing for Salton Sea restoration.”

SB 1139 will be heard in the Assembly Natural Resources Committee tomorrow morning, June 26. The committee will convene “upon adjournment of session” and session is scheduled to begin at 9:00 a.m.

This article was originally published on the GEA’s Geothermal Energy Weekly and was republished with permission.