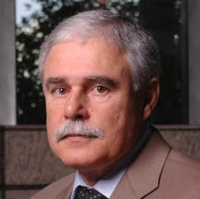 While the United Nations Climate Conference (COP15) was taking place in Copenhagen, Denmark, Brazil’s National Electric Energy Agency (ANEEL) held the country’s first ever wind-only energy auction. On December 14, around 1,800 megawatts (MW) were contracted with energy from 71 wind power plants scheduled to be delivered beginning July 1, 2012. The wind power auction has reinforced Brazil’s success in generating electric energy from renewable sources, which currently represent 85.4% of the country’s electricity supply, according to preliminary data from the 2009 National Energy Balance, conducted by the Energy Research Corporation (EPE).

While focusing domestically on wind-energy generation, Brazil is part of a larger international movement toward wind power as a primary source of energy. In fact, wind power has seen the highest expansion rate of all available renewable energy sources, with an average growth of 27% per year since 1990, according to the Global Wind Energy Council (GWEC).

Brazil’s first wind-energy turbine was installed in Fernando de Noronha Archipelago in 1992. Ten years later the government created the Program for Incentive of Alternative Electric Energy Sources (Proinfa) to encourage the use of other renewable sources, such as wind power, biomass, and Small Hydroelectric Power Stations (PCHs). Such stations use hydropower, the flagship of Brazil’s energy matrix, which comprises around three-quarters of Brazil’s installed energy capacity.

Growth of Wind Energy under Proinfa

Since the inception of Proinfa, Brazil’s wind energy production has escalated from 22 MW in 2003 to 602 MW in 2009, as part of 36 private projects. Another 10 projects are under construction, with a capacity of 256.4 MW, and 45 additional projects have been approved be ANEEL with an estimated potential of 2,139.7 MW.

Developing these wind power sources in Brazil is helping the country to meet its strategic objectives of enhancing energy security, reducing greenhouse gas emissions and creating jobs. The potential for this type of power generation in Brazil could reach up to 145,000 MW, according to the 2001 Brazilian Wind Power Potential Report by the Electric Energy Research Center (Cepel).

The cost of energy production continues to pose a significant challenge to the growth of wind energy. The price per megawatt hour (MWh) established in Brazil’s auction of wind power reserve supply is R$189, while the cap defined in bidding for power plants of the Madeira River Hydroelectricity Complex was R$ 91 (UHE Jirau) in 2008, and R$ 122 (UHE Santo Antonio) in 2007. These hydroelectricity prices were marked down by up to 35% in the 2008 and 2007 auctions; the energy supply was negotiated at R$ 71.4/MWh in the case of Jirau, and R$ 78.9/MWh for the Santo Antonio plant.

Brazil’s energy auctions are carried out by ANEEL through a delegation from the Ministry of Mines and Energy. In the case of reserve auctions, the objective is to purchase additional energy supply for the National Integrated System (SIN) in order to reduce operational costs of the system. Last year, ANEEL held the first biomass-only reserve energy auction, aimed at incentivizing the use of renewable sources. In that auction, 2,379 MW produced by 31 thermoelectric plants using sugarcane and napier grass were  sold, with the supply beginning in 2009 and 2010, and contracts extending for a 15-year period. The average final price was R$ 58.84/MWh.

Wind Energy across the Globe

Brazil has maintained a tradition of investing in renewable energy sources while reinforcing its commitment to sustainable development and reducing its greenhouse gas emissions.