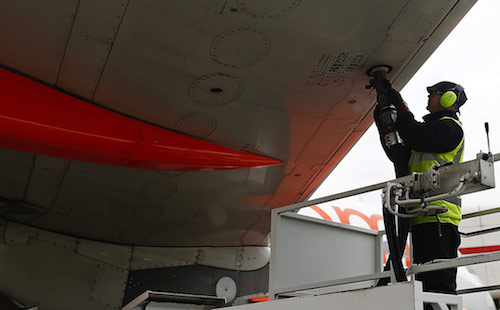 BP Plc will invest $30 million in Fulcrum BioEnergy Inc., which makes biofuel from garbage, in a new partnership designed to curb airplane pollution.

The London-based oil-producer also signed a 10-year deal to buy 500 million gallons (1.9 billion liters) of biofuel from Fulcrum’s North American plants, according to a statement by BP on Tuesday. BP will distribute the aviation fuel to planes through its unit Air BP Ltd., which sells about 7 billion gallons of aviation annually.

Airlines facing pressure to clean up their pollution last month brokered a landmark deal in Montreal. Their accord created a global system that requires them to fund environmental initiatives from 2020 that may cost as much as $24 billion annually by 2035.

“We have a deep understanding of our customers’ challenges to achieve their lower carbon goals,” said Jon Platt, Air BP chief executive in the statement. “Securing this supply helps secure the future competitiveness of Air BP, and our place as a leader in the industry.”

“Entering into this strategic relationship with a global oil and gas company enhances the value of Fulcrum’s waste to fuel platform,” said E. James Macias, Fulcrum’s president and chief executive officer, in the statement.