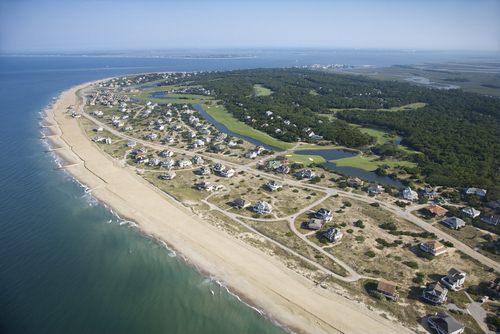 The U.S. Department of the Interior Bureau of Ocean Energy Management (BOEM) is one step closer to opening North Carolina’s coast to offshore wind power.

In September, BOEM released a finding of no significant impact (FONSI) for proposed commercial wind lease issuance on the Atlantic Outer Continental Shelf (OCS) off the coast of North Carolina.

BOEM prepared an environmental assessment (EA) to determine whether the issuance of leases and approval of site assessment plans within areas identified off North Carolina’s coast would have an effect on the environment. Based on that EA, Michelle Morin, chief of BOEM’s Branch for Renewable Energy, Office of Renewable Energy Programs, determined that BOEM does not expect any “reasonably foreseeable significant impacts” from the issuance of commercial and research wind energy leases within the entirety of three wind energy areas (WEA) in the waters off North Carolina’s coast and approval of site assessment activities on those leaseholds, according to the FONSI.

The preferred alternative considered by BOEM in the EA includes leasing the maximum area of each WEA, resulting in up to three total leases.

Through a collaborative process with a North Carolina task force, federal agencies and members of the public, BOEM identified the Kitty Hawk, Wilmington East and Wilmington West WEAs for potential leasing.

BOEM on Oct. 7 will hold a meeting of the North Carolina Intergovernmental Renewable Energy Task Force in Wilmington, N.C., to discuss the FONSI and next steps for the wind leases.