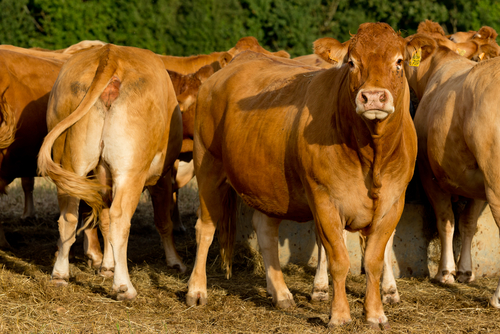 BMW AG’s car-assembly plant in South Africa is doing its bit to help the German carmaker edge toward a global target to supply all its production with renewable energy: It’s getting some of its power from biogas made from cow manure.

The company has agreed to a 10-year deal to buy as much as 4.4 MW of electricity from a biogas plant about 80 kilometers (50 miles) from its factory north-west of Pretoria, the South African capital. Surrounded by land where about 30,000 cattle graze, the operation runs off gas emitted by a fetid mixture of dung and organic waste ranging from sour yogurt to discarded dog food.

The deal with Bio2Watt (Pty) Ltd., the closely held company that operates the power plant, was struck to bring Munich-based BMW a step closer to its renewable target, according to the carmaker’s South Africa spokesman Diederik Reitsma. The biogas facility, when ramped up to full capacity, will represent 25 percent to 30 percent of the electricity consumption at BMW’s factory, he said in an interview at the car plant.

“We are a big consumer, so that’s a lot,” Reitsma said. “It’s waste no longer wasted.”

BMW already purchases about 51 percent of its energy from renewable energy sources, according to the company. In South Africa, the carmaker may consider other clean-energy sources including solar for the Rosslyn factory, which was BMW’s first foreign plant when it was established in 1973. The facility produces more than 60,000 3-Series sedans a year for local and export markets and produced its one-millionth vehicle in February.

For local food and waste companies, supplying the station is a convenient and environmentally friendly way to get rid of organic waste that the government is seeking to divert from landfills. The plant also receives waste from several large food companies, according to Bio2Watt Chief Executive Officer Sean Thomas.

“You are looking at around 500 tons of waste coming onto the site every day being processed at the plant,” Thomas said. “A lot of the consultants, the waste companies, are knocking on the door.”

At full production, the Bio2Watt plant will get daily manure deliveries – “as fresh as possible,” according to Thomas – of about 160 metric tons. The site’s other primary feedstock is paper sludge from the local unit of U.S. toilet-tissue maker Kimberly-Clark Corp., while the rest is a hodgepodge of fruit and vegetable leftovers, fat from restaurants, abattoir waste, yogurt, dog food and expired carbonated drinks.

Beefcor (Pty) Ltd., the meat-supply company that owns the feedlot around the biogas plant, sees providing manure to Bio2Watt as both a cost-effective and environmentally friendly way of disposing of waste, Managing Director Robin Watson said by phone on Friday.

While BMW is purchasing power generated at the biogas plant, the energy will be fed into the local grid owned and operated by Eskom Holdings SOC Ltd., the state power utility, which then connects to the auto plant via the city of Tshwane’s electricity distribution network. Tshwane, the local metropolitan area where both factories are located, will facilitate the billing process.

The reliance on the local power grid means Bio2Watt can’t guarantee security of energy supply to BMW if Eskom schedules blackouts in the area, Thomas said. The utility, which supplies about 95 percent of South Africa’s electricity, imposed rolling power cuts through the winter this year as the utility carried out maintenance at its aging plants after years of underinvestment.

And the stench? After some time at the site, “you don’t smell it anymore,” said Thomas, who visits the project at least once a week. “The problem is if you go to a meeting afterwards, it’s in your clothes, it’s in everything.”