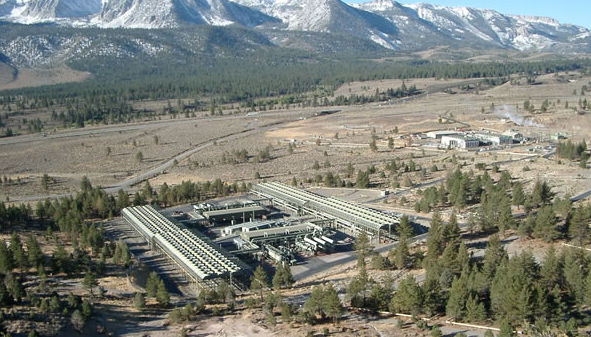 The Bureau of Land Management on Oct. 28 sold a total 18 geothermal leases in Nevada and Utah, adding nearly $169,000 to local, state and federal treasuries. Fourteen geothermal leases — more than half those on offer — were sold in Nevada and four of six were sold in Utah. Bids were not received for two in California and two in Utah, which, along with those unsold in Nevada, will remain on the block for sale on a non-competitive basis for two years.

As per the Energy Policy Act of 2005, one-quarter of the revenues from BLM geothermal lease sales go to counties and another 25 percent to the federal government. State governments receive 50 percent, BLM Nevada Public Affairs officer Rudy Evenson told Renewable Energy World. Bonus bids and rents received more than cover the costs of processing and preparing the parcels of public land for sale, conducting the sales and issuing the leases.

Blue Mountain Research & Development LLC, Intermountain Renewable Power LLC and Ormat Nevada, Inc. paid as much as $2.50 per acre for the BLM geothermal leases, which in Nevada span 32,075 acres. Year to date, BLM Nevada has sold 1 non-competitive and 14 competitive geothermal leases, bringing in about $137,000.

A Source of Baseload, 24×7 Renewable Power

BLM has disbursed some $56 million to 42 counties and $112 million across nine Western states since the Energy Policy Act was enacted in 2005, according to BLM.

BLM Nevada Geothermal Resource Lead Lorenzo Trimble did not speculate on how much energy or power capacity the leased acreage may hold.

“The parcels that were leased will have to go through an exploration and resource confirmation phase before possibly advancing to a utilization phase to build power plants, so it is very speculative as to how many megawatts of installed capacity these leases may generate,” he said in an email response to questions.

In contrast to solar and wind energy resources, geothermal power plants have an average capacity factor of 94.2 percent. As such they are considered a baseload, 24×7 source of renewable power, as well as essential reliable services for grid stabilization. That’s especially valuable as greater amounts of intermittent wind and solar power generation is integrated into power grids, Trimble said.

Forty-nine geothermal power plants with a collective 1.8 GW of power generation capacity are operating on federal lands in the U.S. The oldest has been in operation since 1978, while the most recent came online in Sept. 2015, Trimble noted.

Geothermal power plants also have the smallest geographic footprint of any renewable energy resource, Trimble said — 7.5 km2/TW-hr/year compared to 72.1 for wind, 36.9 for solar PV and 15.3 for solar thermal. The numbers for solar thermal will increase considerably as more data regarding actual field production become available, he added.

Looking forward, Trimble said that construction is expected to commence on at least two, and very possibly as many as four, new geothermal power plants within the next 12 months.

BLM anticipates that new construction will continue at the same pace 12 months forward as well. Furthermore, other geothermal project areas are in the exploration/resource confirmation phase and are likely to advance to the utilization phase. That is expected to result in new geothermal power plants with a federal interest being built during the third 12-month forward period. 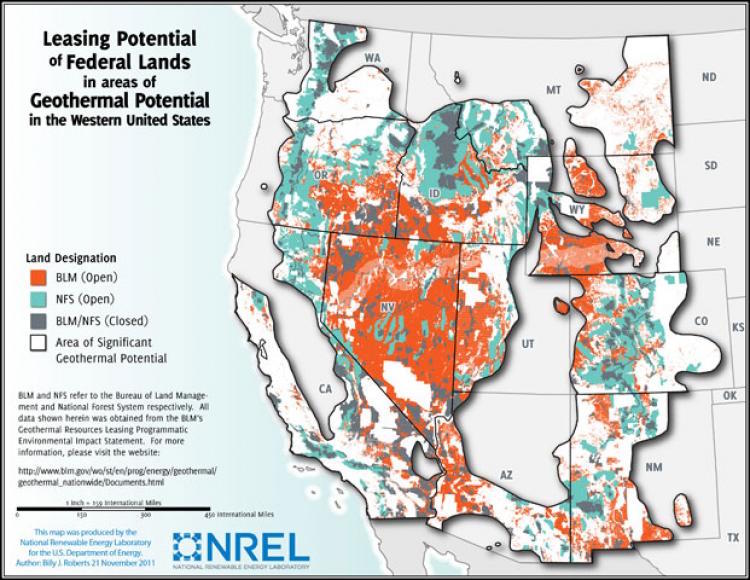